BUSAN, Nov. 25 (Yonhap) -- A special group summit between South Korea and the 10 Southeast Asian nations will get under way in Busan on Monday, which Seoul views as another milestone in bilateral partnerships amid its signature New Southern Policy.

President Moon Jae-in has invited the leaders of the ASEAN member states to the two-day event in Busan, his hometown, meant to celebrate the 30th anniversary of their dialogue relationship. Cambodian Prime Minister Hun Sen has canceled his plan to attend it, saying his mother-in-law is in critical condition. Instead, Foreign Minister Prak Sokhonn is joining it.

Moon is seeking fresh momentum from the ASEAN-Republic of Korea Commemorative Summit for the "New Southern Policy 2.0" in the latter half of his presidency. In November 2017, he announced the major diplomatic initiative aimed at lifting Seoul's strategic ties with ASEAN to the level of those with four regional powers: the United States, China, Japan and Russia. He has kept his word to visit all the ASEAN countries during his tenure. 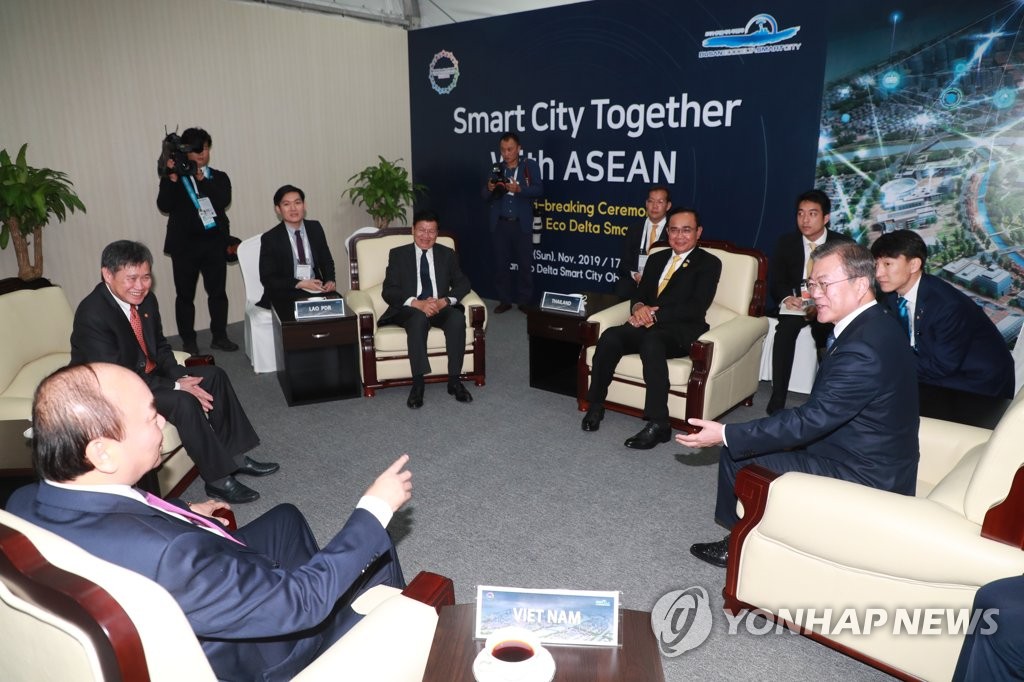 "The 30-year-old South Korea-ASEAN relationship is at another point of a grand transition following the declaration of the New Southern Policy. This summit will be an occasion on which their relations can be upgraded to another level, by looking ahead into the next 30 years," South Korean Foreign Minister Kang Kyung-wha said at a press briefing in Busan.

High on the agenda are ways to promote cooperation in various fields, including ICT and smart cities, and joint efforts for the complete denuclearization of the Korean Peninsula and establishment of lasting peace.

Business is also a key topic. Moon and ASEAN leaders will participate in the CEO Summit that is bringing together more than 500 businesspeople, including Jim Rogers, a well-known investor.

Moon already met bilaterally with Singaporean Prime Minister Lee Hsien Loong and Brunei's Sultan Hassanal Bolkiah at Cheong Wa Dae in Seoul over the weekend. They are on an official and state visit, respectively, to South Korea.

In his first official activity in Busan as part of this week's ASEAN diplomacy, Moon attended the groundbreaking ceremony for the Busan Eco Delta Smart City, together with the leaders of Thailand, Vietnam and Laos.

Moon is to host a welcome dinner for all the participating ASEAN leaders ahead of formal group talks, with two sub-sessions Tuesday.

On Tuesday, Moon and the ASEAN leaders plan to adopt a statement on a vision for future partnerships.

A number of additional events are to take place in Busan this week, such as the ASEAN-Republic of Korea Business and Startup Expo, the Culture Innovation Summit, the Smart City Fair and the Special Exhibition on Biodiversity Cooperation between Mekong nations and the Republic of Korea.