South Korea expressed regret over the artillery fire from the border islet of Changrin, saying that it represents a violation of a military agreement between the two Koreas to avoid tension-heightening activity along their border.

The islet lies just north of the Northern Limit Line (NLL), a de facto maritime border with South Korea, which was the site of bloody naval skirmishes between the two Koreas in the past.

The Korean Central News Agency (KCNA) said that Kim ordered soldiers "to set up a well-knit system" to ensure "full readiness for carrying out a combat mission any moment." He also "indicated the target for Gun 2 of the coastal artillery company on combat duty and gave an order to fire."

KCNA said the artillery company "fully showed their gun firing skills they cultivated in their day-to-day training to delight" the leader. However, it did not provide more details such as the type of the artillery and how many rounds were fired in which direction.

South Korea protested the firing drills as a violation of a military agreement the two Koreas signed in September last year to avoid activities that increase tensions near the border. 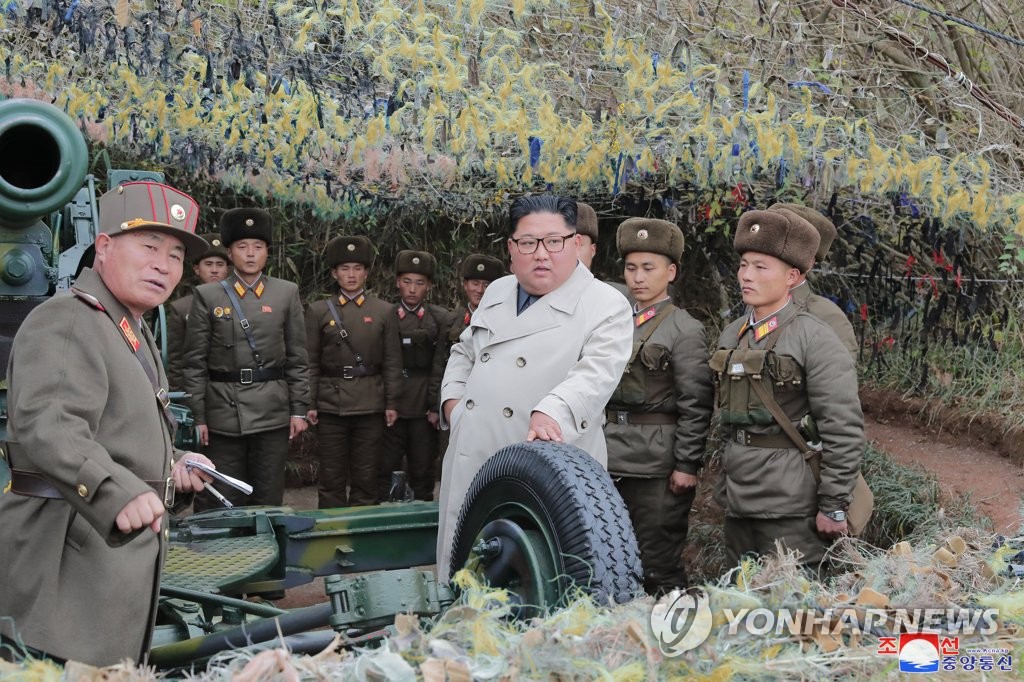 "The artillery firing drills that North Korea mentioned is in violation of the Sept. 19 military agreement that the military authorities of the two countries agreed and have fully implemented," defense ministry spokesperson Choi Hyun-soo told a regular briefing.

"We call on North Korea to immediately stop all military actions in border areas that are feared to heighten military tensions, and to fully comply with the pact," she added.

In a separate report, Pyongyang's state media reported that leader Kim also visited a "women's company under Unit 5492 of the Korean People's Army" stationed "at the remote seaside on the southwestern front, "apparently referring to the Changrin islet.

It is the first time that Kim has toured the islet since taking office in late 2011. KCNA said that Kim's late father, former leader Kim Jong-il, visited there decades ago.

The latest "field guidance" was his third reported visit to military installations this month. He attended an air show on Nov. 16 and supervised an airborne landing training two days later, underlining the need to improve war readiness.

It came amid North Korea's ramped-up demand for Washington to drop its "hostile policy" toward its regime and come up with an acceptable proposal before its self-imposed end-of-year deadline.

Nuclear negotiations have been stalled since the second summit between Kim and U.S. President Donald Trump broke down in February as they failed to find common ground over how to match Pyongyang's denuclearization steps and Washington's sanctions relief.

The two counties held working-level talks last month for the first time since the summit breakdown but failed to produce any tangible progress.

Observers say that Kim's trip to the border islet might be intended not only to put pressure on the U.S. to extract more concessions in future talks but also to increase pressure on South Korea amid a protected state of lull in inter-Korean relations.

In recent months, the North has test-fired short-range projectiles and new weapons, including the latest one in late October, amid little progress in nuclear talks and cross-border ties.

Pyongyang has rejected Seoul's calls for cooperation and talks to move inter-Korean relations forward. It has demanded the removal of the South-built resort facilities at Mount Kumgang on its east coast in an apparent attempt to end joint tours to the mountain, a major symbolic cross-border project. 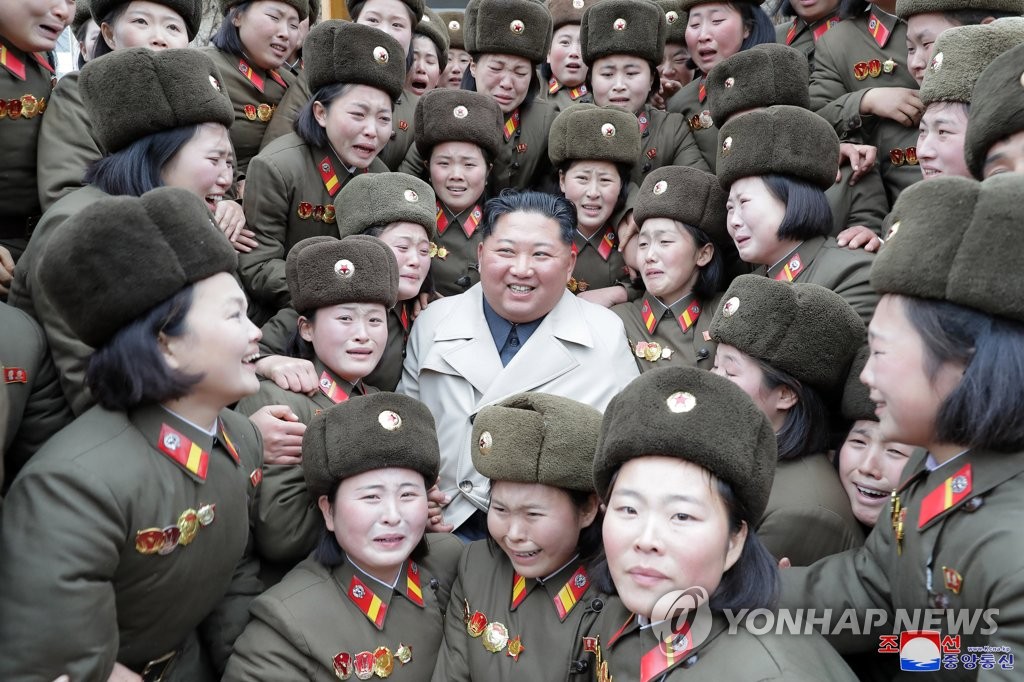