They agreed to launch a consultative council on smart city projects at a ministerial meeting during the two-day 2019 South Korea-Association of Southeast Asian Nations (ASEAN) special summit, which opened in the port city of Busan, 450 kilometers southeast of Seoul, on Monday, according to the Ministry of Land, Infrastructure and Transport. 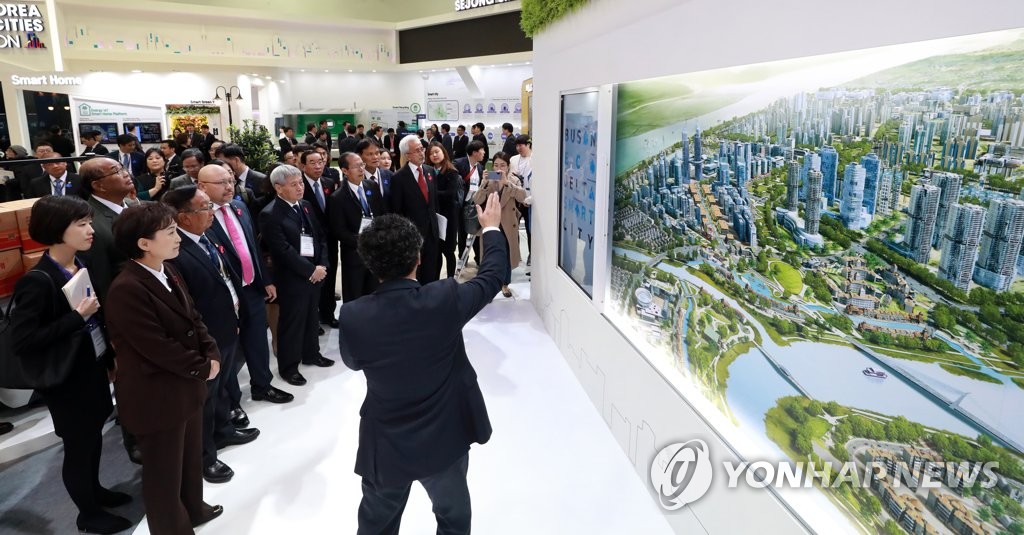 In a smart city, big data, the internet of things, artificial intelligence and robots will be used to improve the quality of residents' lives and tackle urbanization challenges.

Seoul aims to win smart city projects in the ASEAN market, while the 10 ASEAN member states want to share South Korea's experience and knowhow in developing cities into smart ones, it said.

"The ASEAN countries are seeking to build smart cities to help resolve a variety of urbanization problems such as the concentration of population and flood damage. It's time (for South Korea) to build a cooperative platform to share its smart city policies and technologies with ASEAN nations," Transport Minister Kim Hyun-mee said in the statement.

The ASEAN countries' urbanization ratio jumped from 18 percent, or 40 million people, in the 1960s to 48 percent, or 310 million, in 2017, leading to a rise in demand for smart infrastructure in cities.

As a result, they gathered in Singapore in November last year to launch an smart city network aimed at transforming 26 ASEAN cities into smart cities.

In Busan, the ministry has signed an initial pact with Singapore and Brunei for ministerial-level cooperation on smart city development.

The government said it will set up a fund worth 1.5 trillion won (US$1.3 billion) to invest in overseas plant, infrastructure and smart city development projects, with a plan to allocate 300 billion won of it to overseas smart city projects.

The government plans to have 56 households move into the EDC's residential complex at the end of 2021, while speeding up the construction of infrastructure required to apply the cutting-edge technologies.

"As smart infrastructure and innovative technologies will be applied to the Busan smart city from the outset, it will help resolve energy, traffic, safety and environmental issues involving rapid urbanization," a ministry official said.

Busan EDC will focus on water management and recycling services, as well as robotics services for delivery, facility checking, crackdowns on illegal parking and measurement of fine dust, he said.