The company said Friday that XCOPRI, or cenobamate, has won approval from the U.S. Food and Drug Administration (FDA) for the treatment of partial-onset seizures in adults.

Following the FDA approval, SK Biopharmaceuticals will likely speed up its IPO, with its shares slated to be listed early next year, according to them. 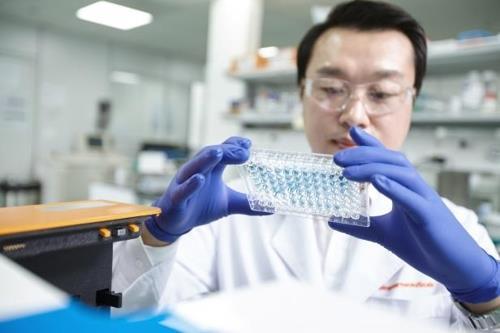 In an August report, Korea Investment & Securities Co. expected the market capitalization of SK Biopharmaceuticals to range from 5 trillion won to 10 trillion won.

SK Biopharmaceuticals is widely projected to be the biggest IPO since the 2017 share listing by Netmarble Corp., South Korea's top mobile gaming company.

In May 2017, Netmarble sold shares worth 2.7 trillion won, with its market capitalization standing at 13.7 trillion won on its first trading day.

Market watchers forecast SK Biopharmaceuticals' planned listing to give a fillip to South Korea's flaccid IPO market, as well as the country's sluggish biopharmaceutical market, which has been hit by a series of scandals.

The value of IPOs on the country's main stock market tumbled to 2.6 trillion won in 2018 from 18.1 trillion won a year earlier.

SK Biopharmaceuticals' planned IPO is expected to go without a hitch after it won approval for an anti-epileptic drug from the U.S. drug watchdog.
(END)

SK Biopharm to raise at least 5 tln won in IPO

SK Biopharm to raise at least 5 tln won in IPO