BUSAN, Nov. 25 (Yonhap) -- The office of President Moon Jae-in stressed Monday that Japan has apologized to South Korea for a controversy over its announcement on an agreement related to the suspension of Seoul's decision to end a bilateral military intelligence-sharing accord.

Cheong Wa Dae was defending itself from criticism that it has made unilateral concessions to Japan apparently in a bid to avoid an impact to the Seoul-Washington alliance.

Making public its decision to conditionally and temporarily extend GSOMIA last Friday, Cheong Wa Dae said Seoul and Tokyo have agreed to open working-level talks on their export control policies. It added that Japan has expressed an intent to reconsider the toughened export restrictions.

Japan's Prime Minister Shinzo Abe, however, reportedly stated that his administration has not made a single concession on the trade issue. Many Japanese media described Seoul's move as a clear diplomatic win for Abe.

Cheong Wa Dae officials have strongly condemned Japan for what it calls a "distorted" announcement on the latest agreement between the neighboring countries.

Speaking to reporters in Busan on Sunday, Chung Eui-yong, director of Cheong Wa Dae's national security office, said South Korea had filed a formal complaint with Japan and Tokyo offered an apology. He was on a visit to the southern port city for the South Korea-ASEAN special summit. 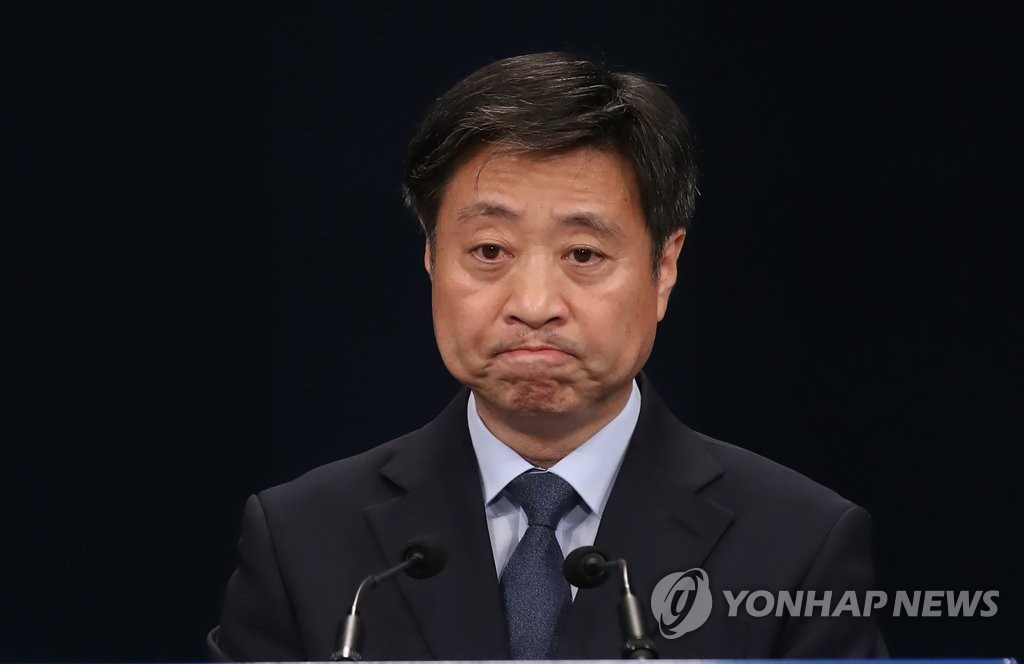 Yoon Do-han, senior Cheong Wa Dae secretary for public communication, issued a statement Monday, saying: "(We) will provide clarification once again. Our side made a complaint to Japan, and the Japanese side apologized."

He emphasized that this is the only truth and Japan is behind the "truth game," along with some South Korean media that recklessly convey groundless reports by Japanese news outlets.

"If Japan had offered no apology (for the issue), it would have protested through an official route," Yoon said.

Holding a press briefing in response to Abe's reported comments that his government has not budged at all, a Cheong Wa Dae official earlier asked if Abe has "conscience," lashing out at him by name in an unusually strong tone.