According to the North's Korean Central News Agency (KCNA) earlier in the day, North Korean leader Kim Jong-un gave the firing order during a visit to a military unit on Changrin Islet just north of the Northern Limit Line (NLL), the de facto maritime border in the Yellow Sea.

KCNA did not elaborate on the date of the inspection and other details.

A military source here confirmed that North Korea "recently carried out firing drills involving coastal artilleries." He refused to give further details, however, such as the date of the drills, the types of the guns and the number of rounds fired.

"The artillery firing drills that North Korea mentioned are in violation of the Sept. 19 military agreement that the military authorities of the two countries agreed to and that have been fully implemented," ministry spokesperson Choi Hyun-soo told a regular briefing.

"We call on North Korea to immediately stop all military actions in border areas, which are feared to heighten military tensions, and to fully comply with the pact," she added.

On Sept. 19, 2018, the two Koreas signed the Comprehensive Military Agreement (CMA) during the third summit between South Korean President Moon Jae-in and North Korean leader Kim Jong-un in Pyongyang, which calls for a series of peace-building and tension-reducing measures, such as the halt of all hostile acts against each other.

North Korea has never violated the buffer zones before, according to the ministry, though the communist country has carried out a succession of major weapons tests this year, including new types of short-range ballistic missiles and a submarine-launched ballistic missile. 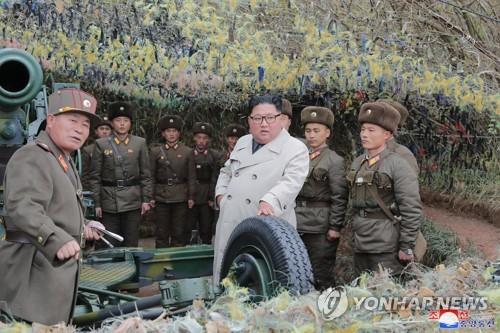