"At Netflix, we are excited to be part of this K-wave and the broader Asian-wave everyone here is working to create: ensuring more cultures are reflected on screen," the company's founder and CEO, Reed Hastings, said in a forum held on the sidelines of a special summit between South Korea and the Association of Southeast Asian Nations (ASEAN) in the port city of Busan, 450 kilometers southeast of Seoul.

Since launching the service in the country in 2016, Netflix has joined hands with local TV networks and production companies to tell stories that have a tremendous amount of diversity and depth to reach audiences in Asia and beyond, the company said. 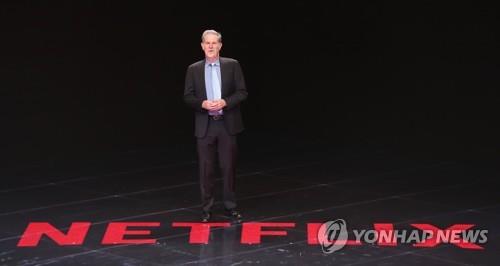 The media mogul said "Kingdom," Netflix's first original Korean drama, is one of the best examples of "Made in Korea" content that can appeal to audiences not only in Asia but across Europe and North America.

Kingdom, released in January, 2018, is a six-episode zombie mystery thriller set in the era of Joseon, the last Korean dynasty, and was written by famed South Korean screenwriter Kim Eun-hee, writer of the popular 2016 TV series "Signal."

As part of the partnership, Netflix said earlier in the day that it has signed a multi-year content distribution agreement for high-quality South Korean TV series with JTBC Content Hub, a content arm of media company JTBC.

Netflix also signed a production and distribution agreement with CJ ENM, an entertainment unit of CJ Group, and its subsidiary Studio Dragon, one of the country's leading series producers, last week.

Netflix had an estimated 2 million paid viewers in South Korea as of the end of October, more than doubling from a year earlier, industry data showed.