SEOUL, Nov. 25 (Yonhap) -- Jung Woo-young, a 20-year-old right-hander with a sidearm delivery, has been named the best freshman in South Korean baseball for 2019.

Jung, the lanky reliever for the LG Twins, collected the Rookie of the Year award in the Korea Baseball Organization (KBO) in a ceremony held in Seoul on Monday. He earned 380 out of 550 possible points in a media vote. 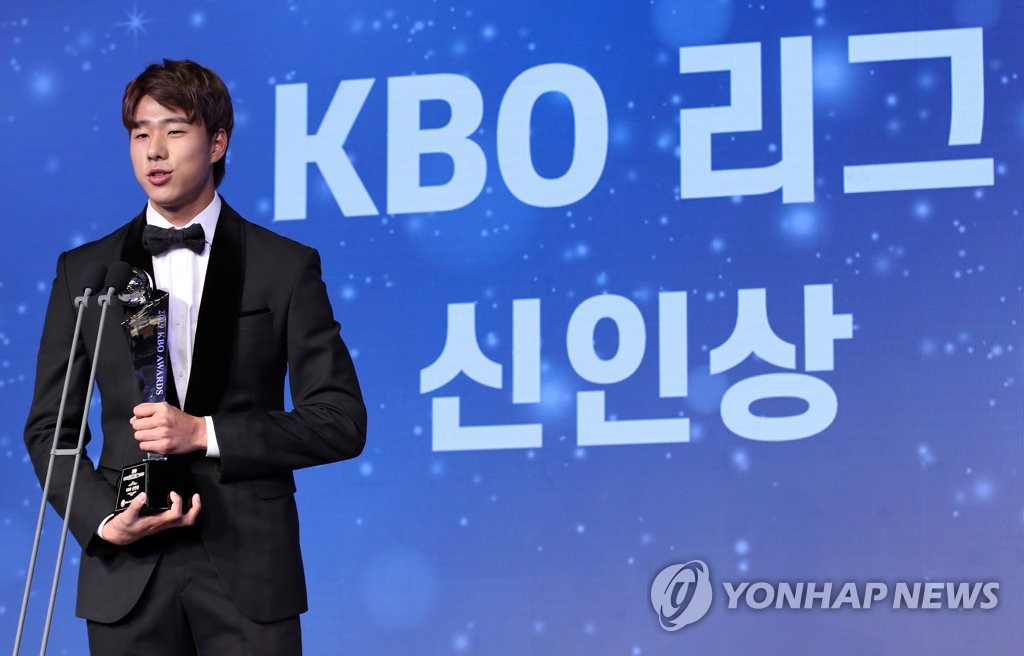 Jung is the first Twin to nab the top rookie prize since outfielder Lee Byung-kyu in 1997. 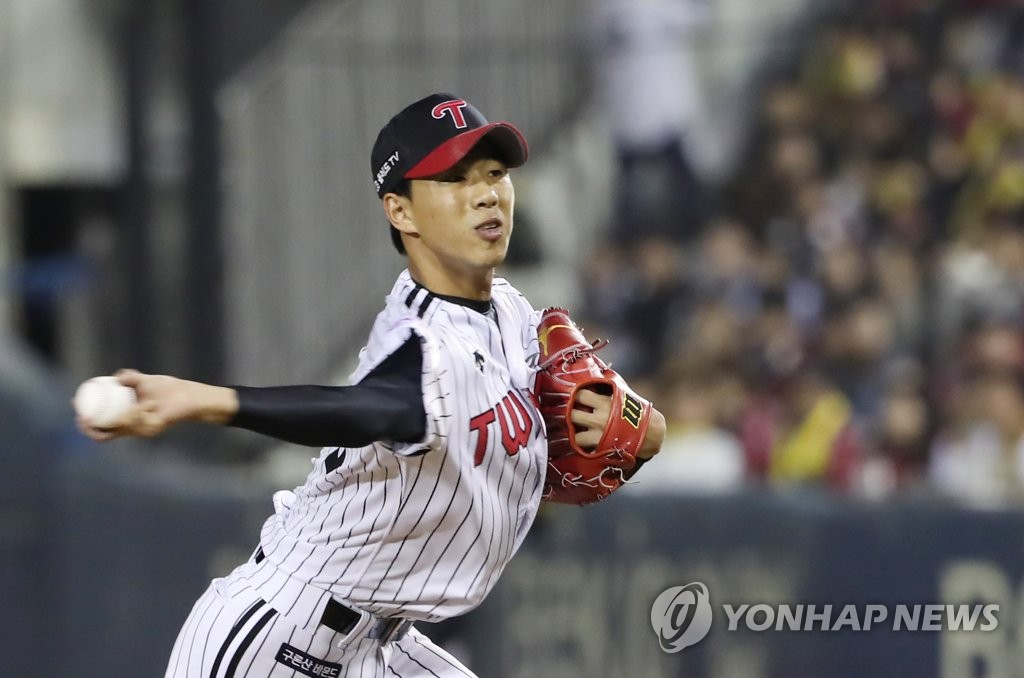 After accepting his trophy, Jung admitted he'd lost sleep the previous night and said, "I was just hoping I would win this award, and I am honored that my hope became reality."

Jung, drafted out of high school, hit the ground running from the onset of the season and began his KBO career with 11 1/3 shutout innings across his first seven relief appearances.

He carried a 1.83 ERA through May and established himself as the front-runner for the top rookie prize. Jung then hit a speed bump in July, as he went down with a right shoulder injury. He ended up missing a little over a month of action.

"At that point, I stopped thinking about trying to win the rookie award," Jung said. "I wanted to relax and finish the season the best way I could." 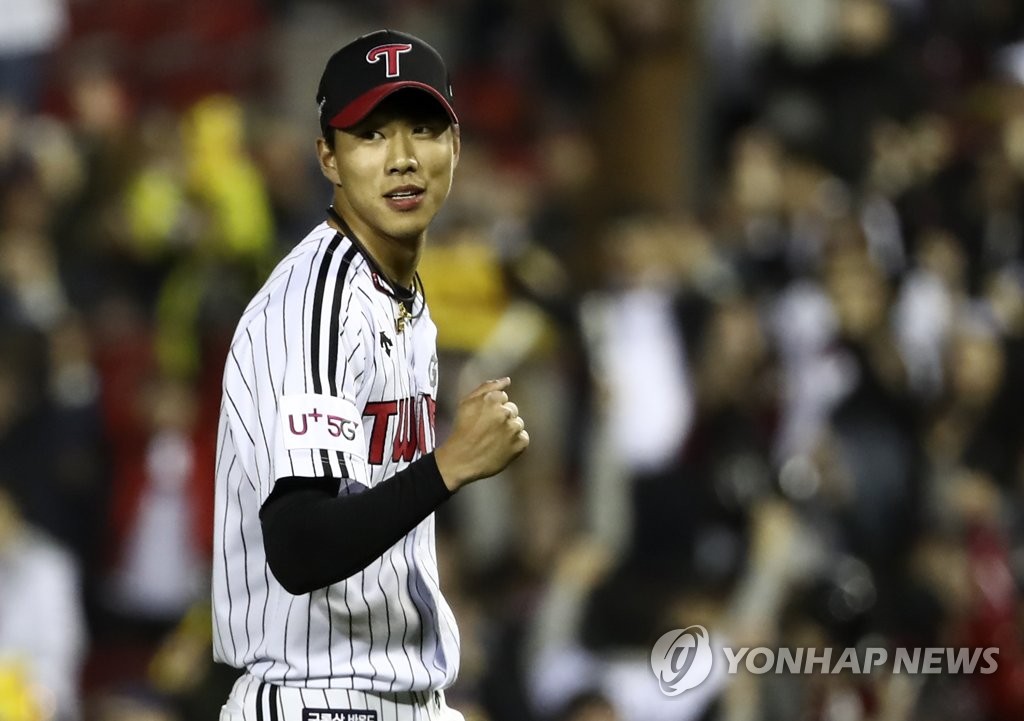