SEOUL, Nov. 25 (Yonhap) -- Sales of Hyundai Motor Co.'s N performance models have been on the rise in the past three years, helped by racing results and competitive prices, the company said Monday.

Hyundai Motor launched the i30 N performance car in June 2017 and the Veloster N in June 2018. Their combined sales reached 30,437 units at the end of October, the company said in a statement.

The i30 N is available in overseas markets only. The Veloster N recently went on sale in the United States, it said.

In total, Hyundai Motorsport bagged four victories during 2019 en route to the title -- Tour de Corse, Rally Argentina, Rally Italia Sardegna and Rally de España -- and 13 individual podium results. It was one of the team's most versatile performances as the Hyundai i20 Coupe WRC performed competitively on all terrains. 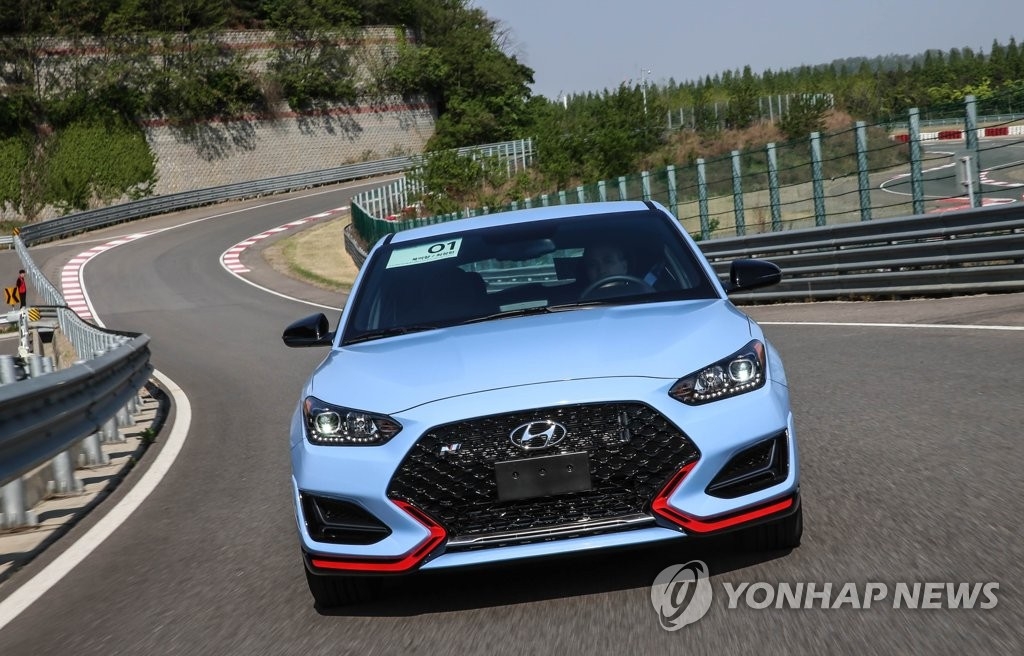 "Motorsport and high performance go hand in hand; we will now focus on transferring that winning feeling onto customers around the world and to enhance their enjoyment of driving Hyundai vehicles," Hyundai Motor Group Executive Vice President Thomas Schemera in charge of the product division said last week.

Naming the Veloster N as the 2020 Performance Car of the Year, U.S. automotive enthusiast magazine Road & Track said the Korean performance car's staring price is less than US$28,000 but that its performance goes far beyond the price tag.

Hyundai came up with the N brand models to compete with BMW's M models and Mercedes-Benz's AMG models. All N models are equipped with a manual transmission for driving fun.