BUSAN, Nov. 25 (Yonhap) -- The leaders of South Korea and Indonesia discussed ways to strengthen their cooperation in various areas Monday, including infrastructure projects and the economy.

President Moon Jae-in held a summit with his Indonesian counterpart, Joko Widodo, in the port city of Busan on the sidelines of a special summit between South Korea and the Association of Southeast Asian Nations (ASEAN), according to Moon's office.

Widodo is visiting Busan, 450 kilometers southeast of Seoul, to attend the two-day special summit, which kicked off earlier in the day. It is the biggest diplomatic event in the country under Moon's administration. 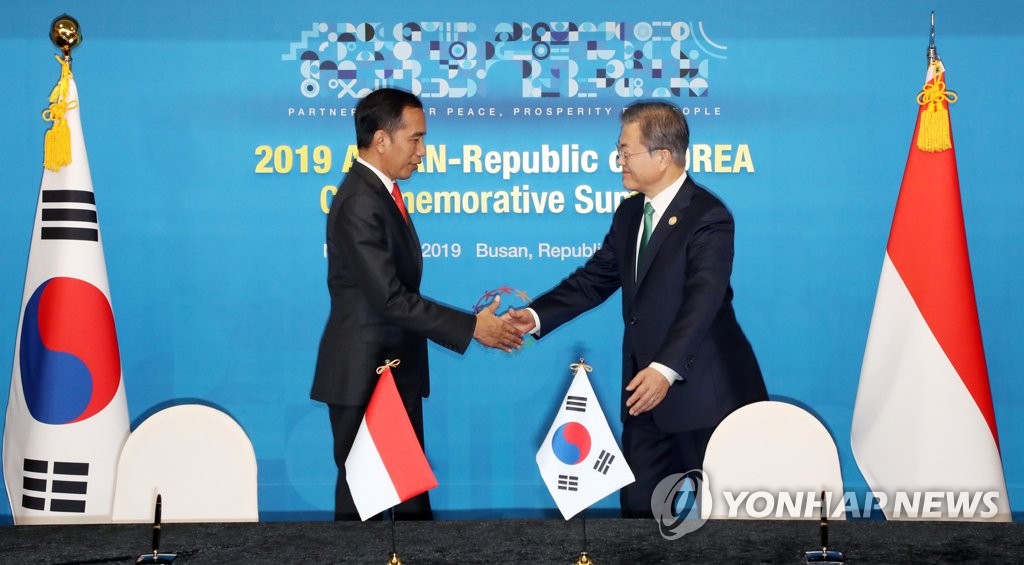 The leaders discussed ways to expand the scope of cooperation in various areas. In particular, they shared their understanding of the expansion of Korean firms taking part in Indonesia's infrastructure projects.

"I am sure that South Korea will become the prime partner for Indonesia's initiative to expand infrastructure, given its excellent technology and advanced know-how," Moon said.

He called for Widodo's attention and support to help Korean automakers operate their businesses stably in the Indonesian market.

Widodo, widely known as Jokowi, voiced hope that more Korean firms could participate in various infrastructure projects as his country is active in attracting investment on the basis of solid economic growth. 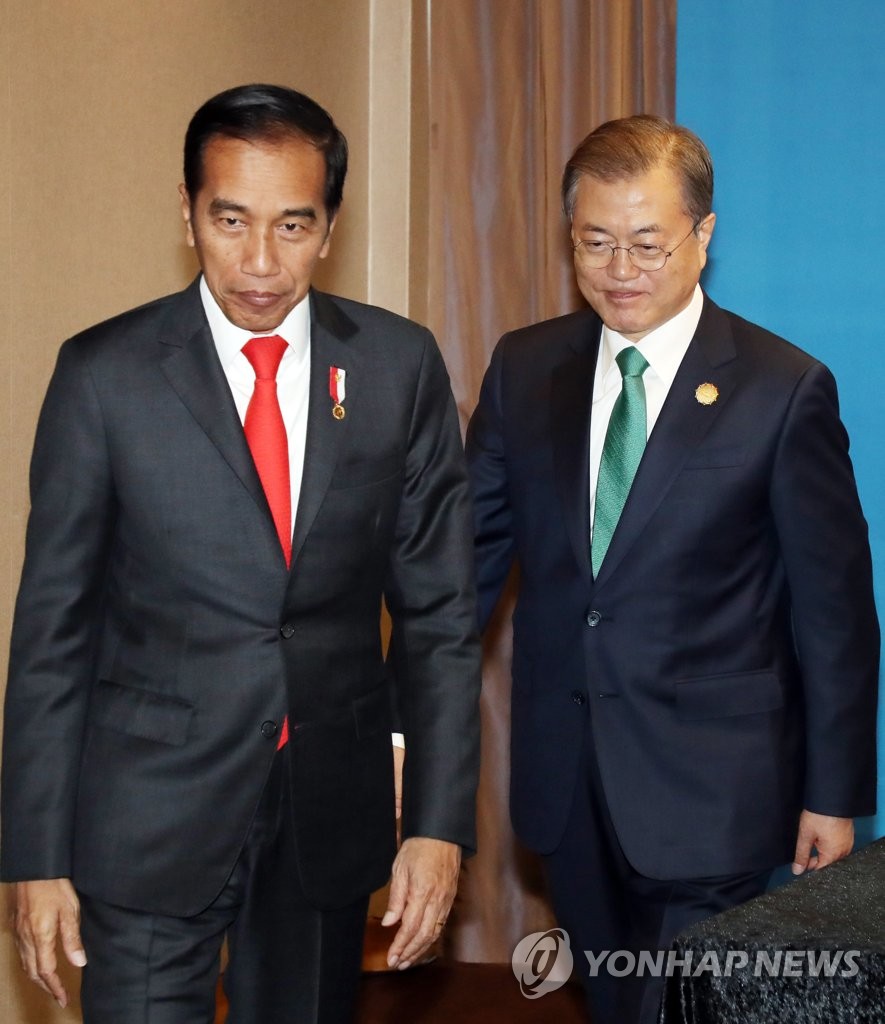 The two countries will officially sign the deal in the first half of 2020 and implement it after securing approval from their respective parliaments, the trade ministry said.

Moon said the CEPA will help increase two-way trade, and Widodo called it a symbol of economic liberation of both nations.

At the summit, Moon voiced a willingness to share his country's experience of relocating government offices to the administrative city of Sejong as Indonesia plans to move its capital. Widodo said he hoped for cooperation on smart city and infrastructure projects.

The leaders also welcomed the advancement of their countries' defense cooperation, according to Cheong Wa Dae. They said they expected that a joint fighter plane development project between the two nations could yield results at an early date.

Moon and Widodo also exchanged opinions about the Korean peace process and agreed to closely cooperate for the complete denuclearization of and a permanent peace on the Korean Peninsula.