The 32-year-old right-hander for the Doosan Bears won the most valuable player (MVP) honor in the Korea Baseball Organization (KBO) on Monday by a landslide. He earned 716 points in a media vote, dusting the runner-up, NC Dinos catcher Yang Eui-ji, by 364 points.

The players earned points for top-five votes: the first-place vote was worth eight points, followed by four points for the second-place vote and so forth.

Lindblom finished second in ERA with 2.50, 0.21 behind Yang Hyeon-jong. 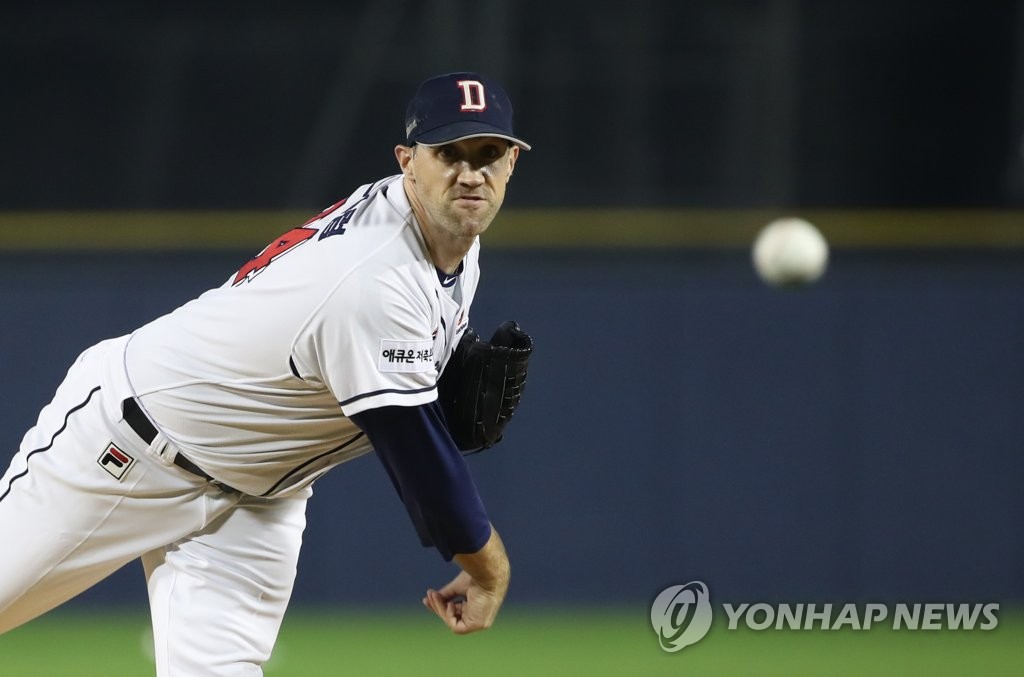 Lindblom is the fifth foreign player to win the MVP in the KBO, after Tyrone Woods (1998), Daniel Rios (2007), Eric Thames (2015) and Dustin Nippert (2016). All but Thames played for the Bears during their MVP seasons, and both Rios and Nippert were pitchers.

Lindblom, who is doing volunteering work in Jordan, didn't attend the ceremony.

In a video message, Lindblom thanked everyone, from his teammates and intepreters to his opponents, for "challenging me and pushing me to prepare for every single day."

"I've made countless memories in South Korea," he said. "A lot of highs and a lot of lows: through it all, my goal has always remained the same: to be the best."

Behind Lindblom's stellar pitching, the Bears finished first in the regular season and went on to capture the Korean Series for their first championship since 2016.

Lindblom also led everyone in walks and hits per innings pitched (WHIP) with 1.00, opponents' batting average with .226 and strikeout-to-walk ratio with 6.52. He won 13 consecutive decisions in one stretch from late May to late August.

Lindblom kept his ERA below 2.00 through June and remained the leader in the category until mid-September. He ended up allowing 14 earned runs in four starts that month -- by far the most he allowed in any single month this year -- to finish behind Yang Hyeon-jong for the ERA title.

But coming up short of the Triple Crown did nothing to dissuade voters from backing Lindblom, who has gone 35-7 with a 2.68 ERA in two seasons with the Bears.

Lindblom also won the Choi Dong-won Award, presented to the best pitcher in South Korea in honor of the late, eponymous pitching legend, in 2018 and 2019.

Lindblom made his big league debut with the Dodgers in 2011 and went on to make 110 total major league appearances with three other clubs before joining the Lotte Giants for the 2015 season.

He returned to the U.S. briefly in 2017 and pitched in four games for the Pittsburgh Pirates before rejoining the Giants in midseason.

Lindblom then signed with the Bears in December 2017 and hasn't looked back since. 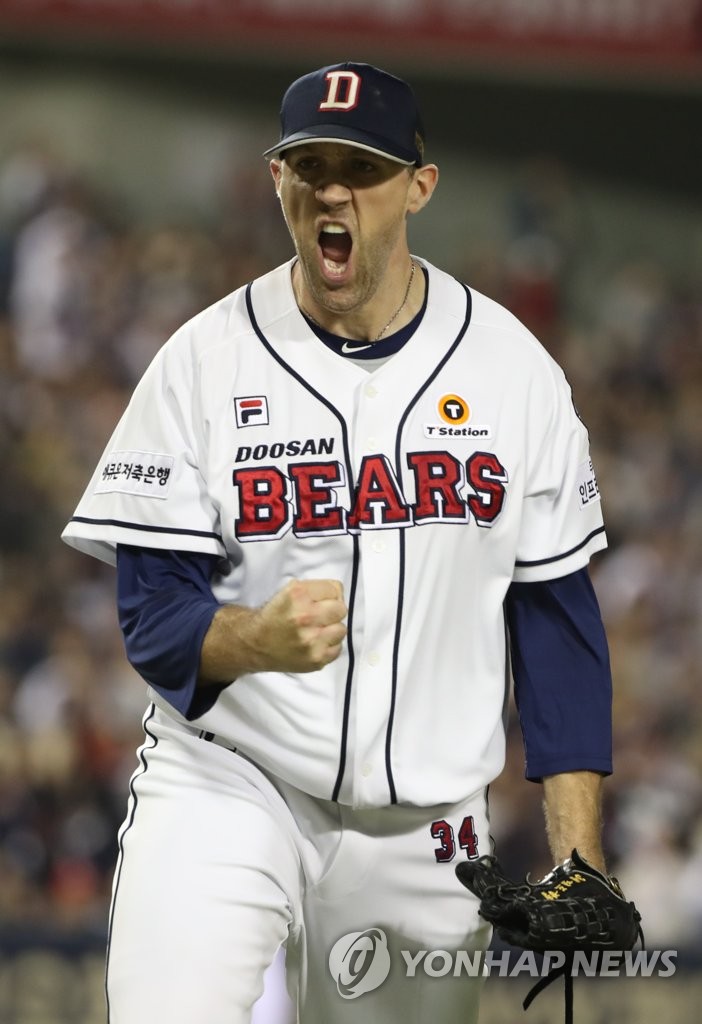