Before the start of the ceremony for the Korea Baseball Organization (KBO), attending players, officials, fans and media observed a moment of silence for deceased pitcher Kim Sung-hun. 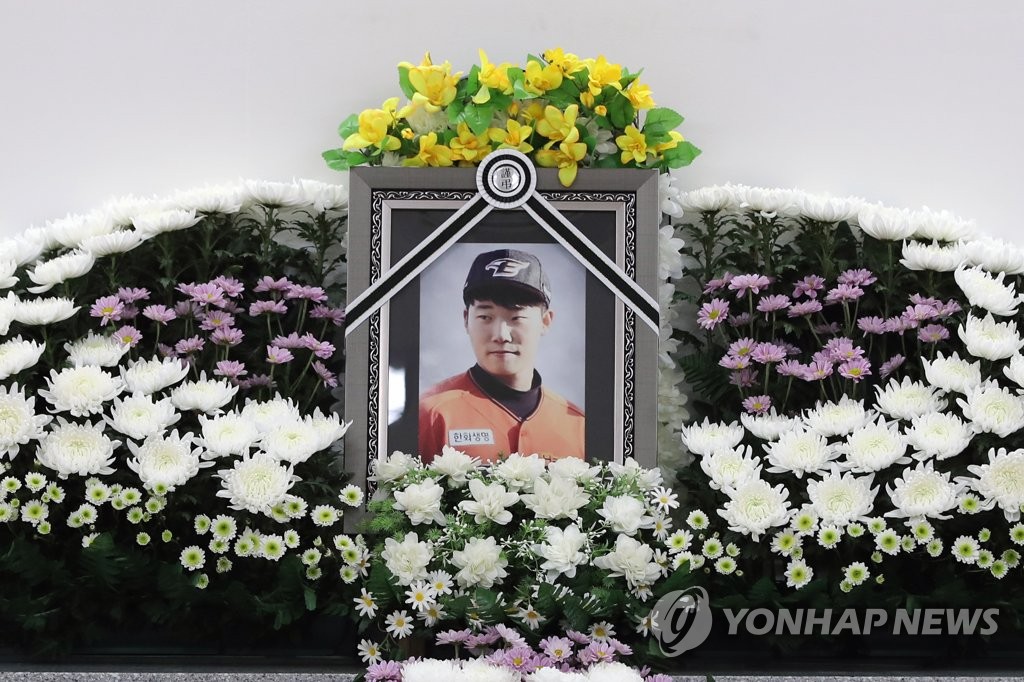 The 21-year-old former right-hander for the Hanwha Eagles fell to his death on Saturday, falling off the roof of a nine-story building to a seventh-story balcony of a building in Gwangju, 330 kilometers south of Seoul.

Kim, son of former KBO player and current Kia Tigers fielding coach Kim Min-ho, had just 25 games over the past two years to his credit.

Tigers' left-hander Yang Hyeon-jong, who took the podium to receive the regular season ERA title, choke back on tears as he remembered Kim Sung-hun.

"Whenever coach Kim talked about his son, he always called him a hard-working kid," Yang said. "He didn't get to live out his dream here, and I hope he'll do that in heaven."

Kiwoom Heroes' slugger Park Byung-ho, before accepting his trophy as the home run king, offered words of condolences to the Kim family.

Another Kia player, infielder Park Chan-ho, said he and the rest of the Tigers will always have coach Kim's back.

"The coach often tells us, 'You guys are all like my children,'" Park said. "And I just want him to know that there are a lot of us who see him as our father figure." 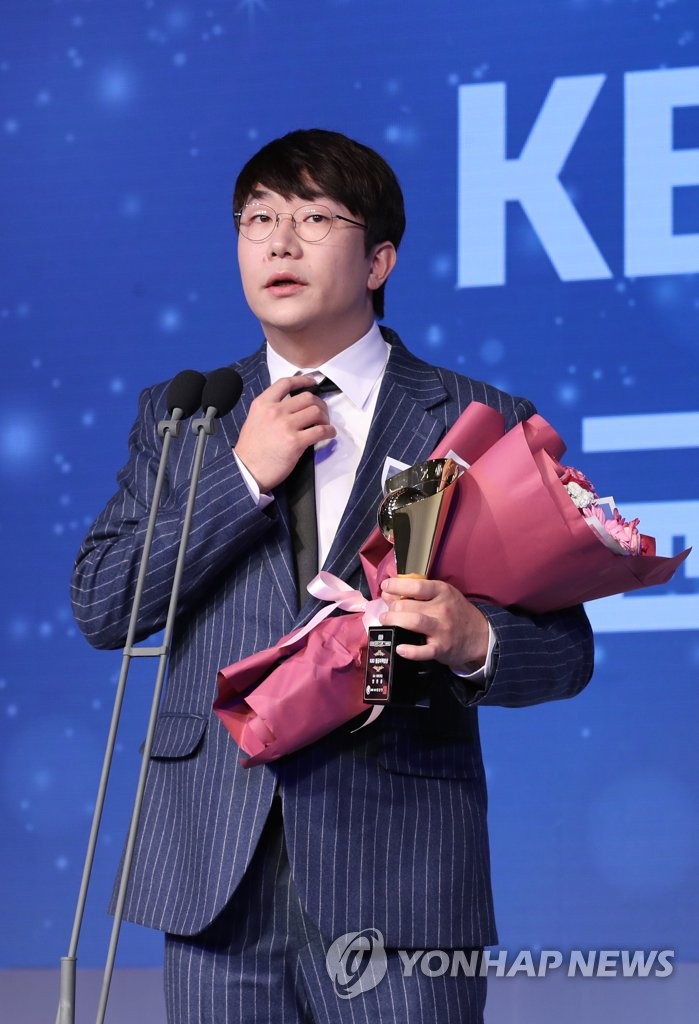