The Seoul Central District Prosecutors Office's division dealing with crimes against women and children closed the case on Sept. 30, clearing the 50-year-old founder and former chief of YG Entertainment of the suspicions.

YG, home for big-name K-pop bands, including BIGBANG and BLACKPINK, is one of the three biggest K-pop production companies in South Korea.

Yang had been under investigation over media-reported allegations that he procured sex services for two potential investors from abroad in 2014.

Prior to the prosecution decision, the police looked into mobile communication records and financial transaction data of Yang and interrogated a woman who was suspected of recruiting prostitutes for him.

The police did find that a foreign investor in the case had sexual relations with a prostitute but concluded it was not suggested or paid for by Yang.

The conclusion was then forwarded to prosecutors on Sept. 20 and prosecutors upheld it the same month.

Yang stepped down as CEO and chief producer of YG in June amid rising drug allegations and a scandal involving YG artists. 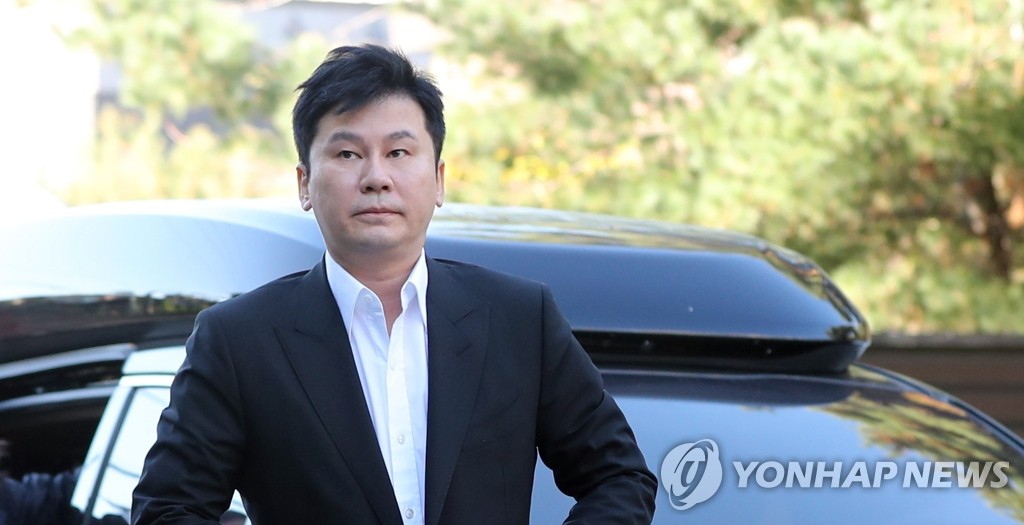