SEOUL, Nov. 26 (Yonhap) -- South Korea signed memorandums of understanding (MOU) on defense cooperation with the Philippines and Singapore on Tuesday on the sidelines of the special summit under way in the southern port city of Busan, the arms procurement agency said.

"The arrangement is expected to allow more South Korean companies to be able to make contracts with the Philippine government so as to promote their defense exports to the Southeast Asian country," DAPA said in a release. 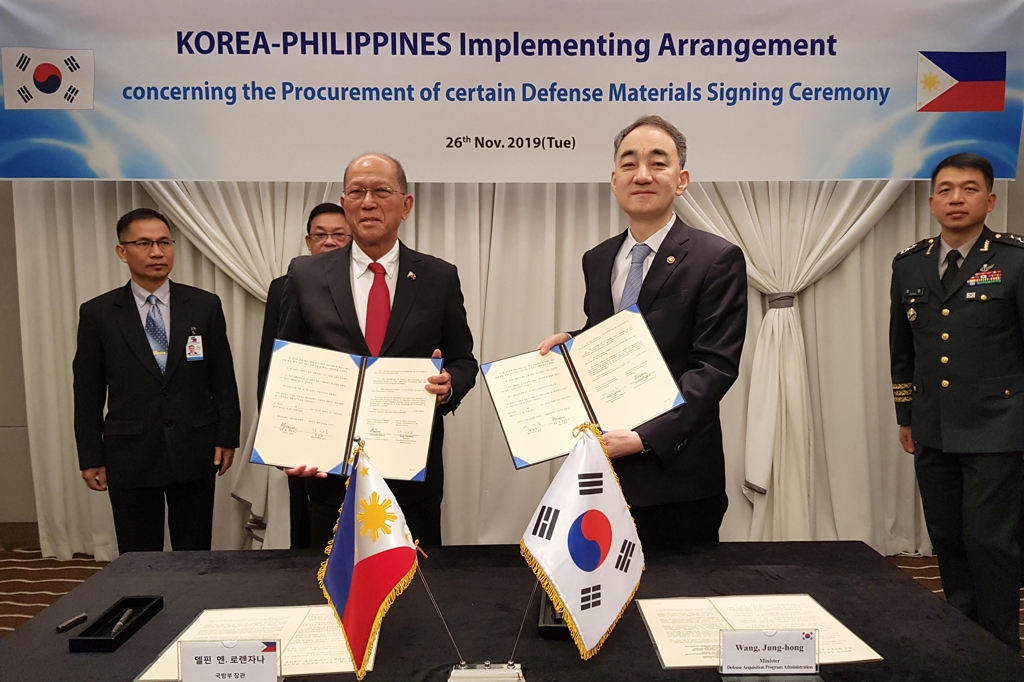 The agreement with Singapore was about exchanging information on chemical, biological and radiological fields, the DAPA said, adding it will serve as a basis for the two nations to share related technologies and experiences.

Sultan of Brunei Hassanal Bolkiah also toured the 5th Air Mobility Wing in Busan, and had a chance to board an FA-50 jet. During the tour, he also exchanged opinions with Wang on how to boost ties in the defense industries between the two countries, it added.

The leaders were in South Korea to attend the 2019 Association of Southeast Asian Nations (ASEAN)-Republic of Korea Commemorative Summit that kicked off Monday for a two-day run to celebrate the 30th anniversary of their dialogue partnership.