The Korean tech giant introduced 18 startups selected as part of the C-Lab Outside program during a Demo Day event at its Seoul R&D campus, which was attended by about 300 entrepreneurs, investors and Samsung officials.

C-Lab (Creative Lab) is Samsung's in-house venture incubation program created in 2012 to encourage innovative ideas from Samsung employees. The company expanded the program and rebranded it as C-Lab Outside in 2018 to stimulate collaboration between Samsung and local startups. 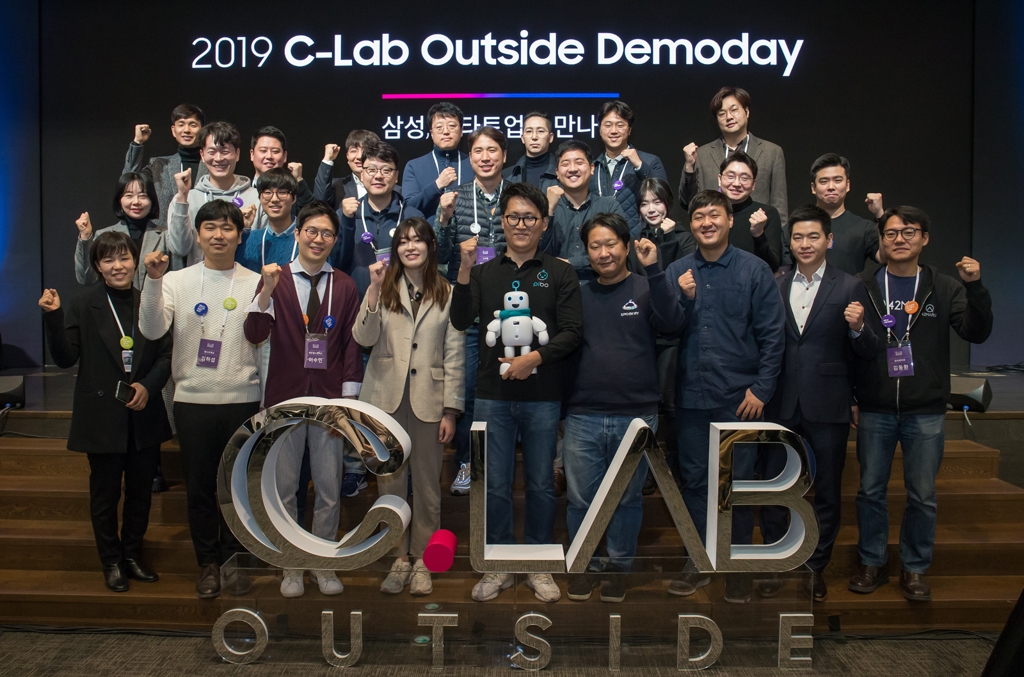 This year, Samsung picked startups with new ideas and technologies in various areas for the project, including mobile communications, visual display, home appliances and health care.

The selected companies will be given office spaces inside the R&D campus, up to 100 million won (US$85,178) in seed money and opportunities to prepare prototypes that will eventually become finished products and services, Samsung said.

Samsung said it plans to support 300 C-Lab Outside teams and in-house venture programs for 500 projects in the next four years.