SEOUL, Nov. 26 (Yonhap) -- The arms procurement agency will deliver an upgraded patrol boat to the Navy on Tuesday for missions near the inter-Korean maritime border in the Yellow Sea, officials said.

It is the second PKMR boat delivered to the Navy to replace the existing 170-ton Chamsuri (Sea Eagle)-class vessels operating in waters near the Northern Limit Line (NLL), the de facto maritime border between the two Koreas. The first was delivered in 2017.

More will be built in the coming years, including two within this year, it said.

The new model, equipped with advanced weapons systems, including 130-mm guided rockets and a 76-mm gun, boasts advanced capabilities of detecting targets and anti-aircraft defense, DAPA said, adding it carries around 20 crew members and has a maximum speed of 74 kilometers per hour.

After some three months of testing, the new high-speed patrol boat will be put into operation, according to the Navy.

"The delivery of the new patrol boats is expected to further beef up our coastal defense capabilities," DAPA official Yoo Ho-geun said.

Two deadly naval skirmishes between the two sides occurred in the Yellow Sea close to the NLL in 1999 and 2002. 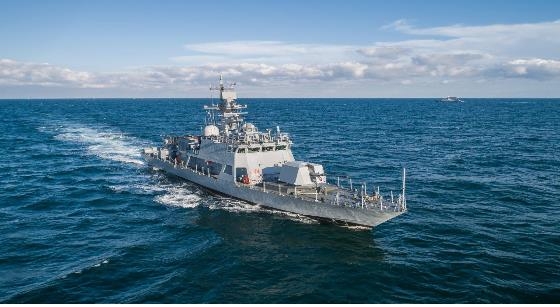 Navy to have more advanced patrol boats for NLL missions

Navy to have more advanced patrol boats for NLL missions