The South sent the protest message to the North earlier in the day via the inter-Korean military communication line, ministry spokesperson Choi Hyun-soo said, confirming that the communist country carried out artillery firing drills on Changrin Islet just north of the Northern Limit Line (NLL) on Saturday.

The military authorities also made a verbal protest over the case, Choi added.

Saturday marked the 9th anniversary of North Korea's shelling of the South Korean border island of Yeonpyeong, which killed two Marines and two civilians. The incident on Nov. 23, 2010, was recorded as one of the worst attacks by the North on the South since the 1950-53 Korean War.

According to the North's Korean Central News Agency (KCNA) on Monday, North Korean leader Kim Jong-un gave the firing order during a visit to a military unit on the islet in the Yellow Sea. KCNA did not elaborate on the date of the inspection and other details.

Experts here said the drills appear to have involved the North's 76.2-millimeter coastal guns, which have a range of around 12 kilometers. 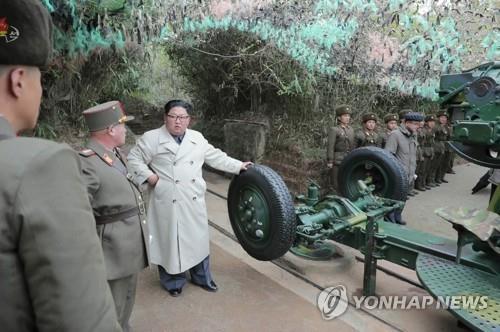 "We made it clear that its drills represent a violation of the Sept. 19 inter-Korean military agreement. We strongly urge the North to fully abide by the agreement and stop taking such moves again," the spokesperson said.

North Korea has yet to make any response, she added.

On Sept. 19, 2018, the two Koreas signed the Comprehensive Military Agreement (CMA) during the third summit between South Korean President Moon Jae-in and North Korean leader Kim Jong-un in Pyongyang, which calls for a series of peace-building and tension-reducing measures, such as a halt to all hostile acts against each other.

"We will continue to monitor whether North Korea fully carries out the inter-Korean military pact through reconnaissance operations and other methods," Choi said. 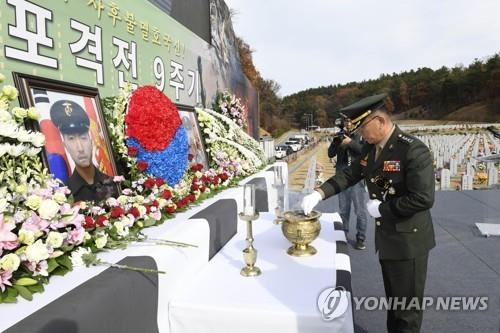