The two-day event at the BEXCO convention center is part of the broader special South Korea-ASEAN summit to mark the 30th anniversary of dialogue relations between the two sides, the Ministry of Science and ICT said.

A total of 45 South Korean companies are taking part in the showcase that highlights advances in smart farming, future energy, cutting-edge mobility and smart life technologies.

ASEAN and its 10 members have announced plans to promote innovative growth and are building related infrastructure that can create business opportunities going forward.

The regional economic bloc is the second-largest trading partner for Seoul, after China, with two-way shipments totaling around US$160 billion in 2018. The bulk of South Korean exports are intermediate goods and components that can be used to make finished products, with 8,000 local companies operating in these Southeast Asian countries.

The Ministry of Science and ICT said the event showed the potential use of 5G, artificial intelligence (AI), smart grids, hydrogen and electric powered vehicles, Internet of Things (IoT) and virtual reality as viable tools that could stimulate growth, and improve the well-being of people everywhere. It said the gathering attracted over 500 businessmen and government officials. 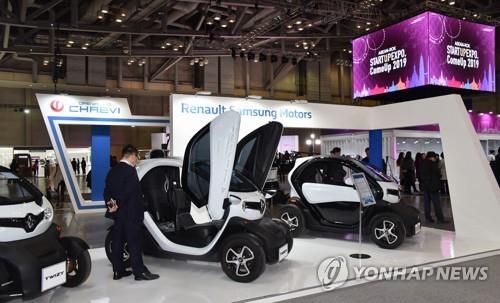