SEOUL, Nov. 27 (Yonhap) -- The Cabinet on Wednesday approved a proposal to use the reserve fund to make up for a budget shortfall of 98.5 billion won (US$84 million) in a job stabilization fund.

The government set aside 2.82 trillion won this year for the job stabilization fund for 2.38 million people, but the number of people who received the benefit had reached 3.29 million as of Nov. 15, causing a budget shortfall.

The fund is meant to provide some personnel expenses to owners of small businesses hit by sharp increases in the minimum wage to reduce their burden and help ensure their employees can keep their jobs.

Some critics claim the minimum wage hikes have increased the burdens on businesses, and especially on microbusiness owners and the self-employed.

The minimum wage for 2020 has been set at 8,590 won per hour, up 2.9 percent from 2019, the slowest growth in a decade amid an economic slowdown and sluggish job market. 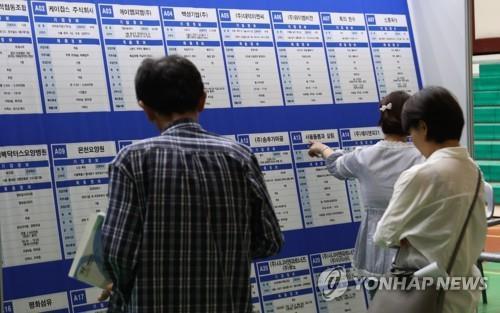