SEOUL, Nov. 27 (Yonhap) -- South Korea's basic science institute said Wednesday that it has opened a joint research and development (R&D) center at Khalifa University in Abu Dhabi that will promote the sharing of scientific and technological know-how between the two countries.

The Korea-United Arab Emirates Joint R&D Technical Center (KUTC), which was formally launched on Tuesday, is expected to expand the scope of two-way cooperation that has mostly been centered on the nuclear energy sector in the past, according to the Korea Basic Science Institute (KBSI).

South Korean researchers, in cooperation with UAE counterparts, will use the center as a local test bed to conduct various experiments such as on battery solid electrolytes that can be used in extreme conditions and technology to quickly and accurately diagnose Middle East Respiratory Syndrome, a highly contagious respiratory disease.

"KUTC is the culmination of good cooperative relations forged between South Korea and the UAE over the years and will lay the foundation for more joint research going forward," KBSI president Shin Hyung-shik said.

KBSI said the creation of the new center comes after a year of careful preparation and that Khalifa University was selected because it is a leading school for research not only in the UAE but the Middle East region as a whole. 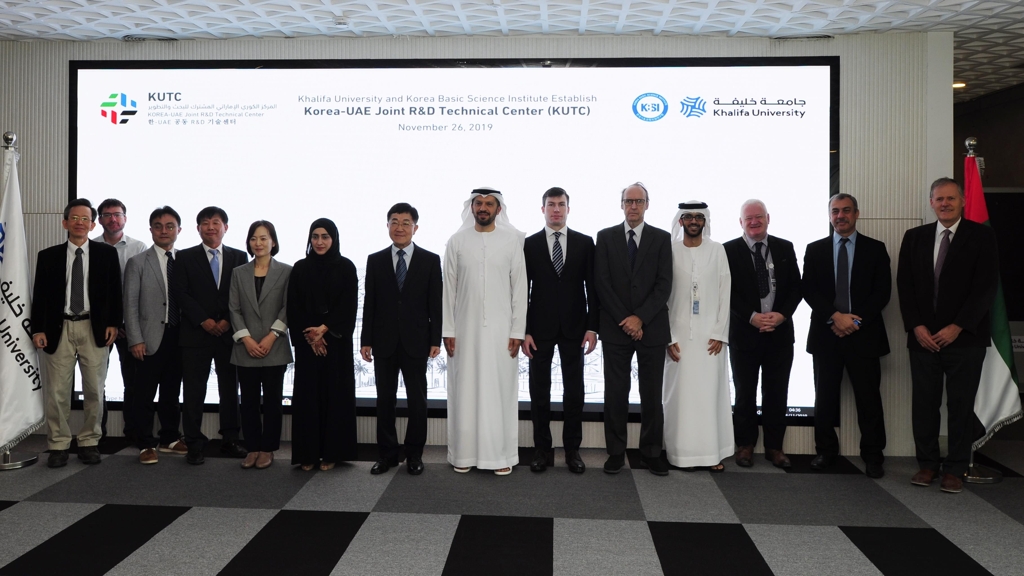