SEOUL, Nov. 27 (Yonhap) -- A Seoul court on Wednesday began a hearing to decide whether to issue an arrest warrant sought against a former vice mayor of the southeastern port city of Busan on alleged bribery charges.

Yoo Jae-soo is alleged to have taken kickbacks when he served as director-general of the state financial regulator Finance Services Commission (FSC) in 2017.

State prosecutors have been probing allegations surrounding Yoo since October, raiding the FSC, as well as financial companies. They requested an arrest warrant following a 17-hour questioning earlier this month.

The 55-year-old, who recently resigned from the vice-mayoral post, showed up for the hearing at the Seoul Eastern District Court in eastern Seoul this morning. 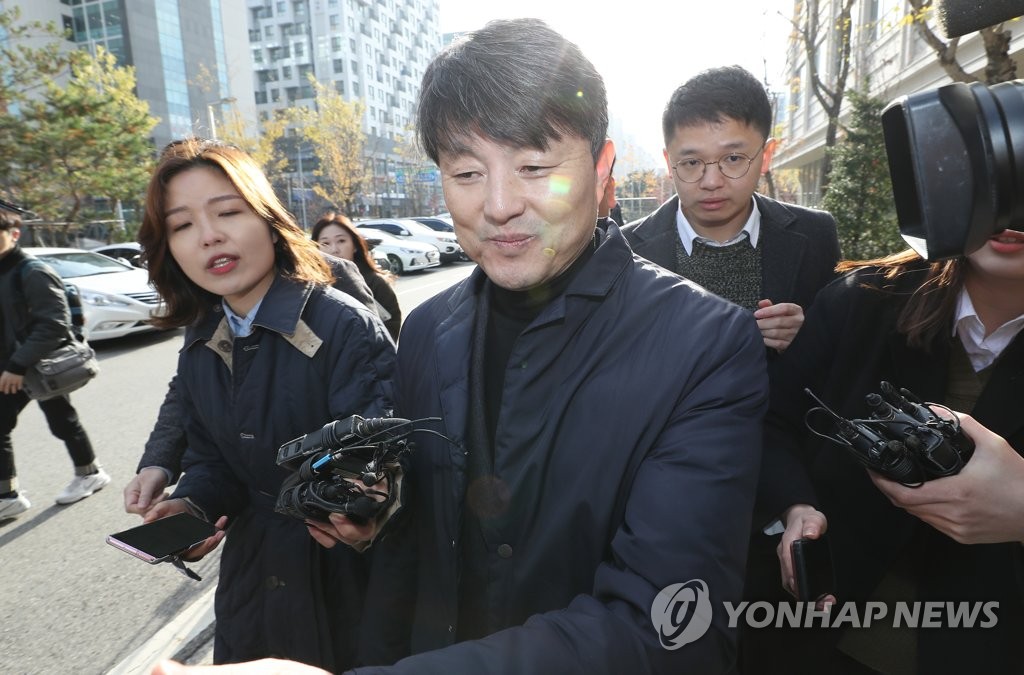 Yoo was under surveillance of a special inspection team of the presidential office Cheong Wa Dae over allegations that he took bribes from businesses, including overseas study expenses and a flight ticket for his child.

But he avoided punishment for an unknown reason and became Busan's vice mayor in charge of economic affairs in 2018.

The prosecution is looking into allegations that Cho Kuk, former top presidential secretary for civil affairs, and other former Cheong Wa Dae officials may be behind the sudden end of the inspection into Yoo.

In February, a former special inspector filed a petition with the prosecution against Cho, claiming the surveillance was abruptly suspended despite alleged wrongdoing by Yoo.

If Yoo is arrested, the case may affect the prosecution's separate probe into Cho, the former justice minister whose wife is under investigation over a dubious financial investment and her daughter's college admission.