President Moon Jae-in and the leaders of Cambodia, Laos, Myanmar, Thailand and Vietnam, made the pledge in a joint declaration they adopted at the first summit between South Korea and the Mekong River countries in the southern port city of Busan.

The meeting followed a summit between South Korea and the Association of Southeast Asian Nations. 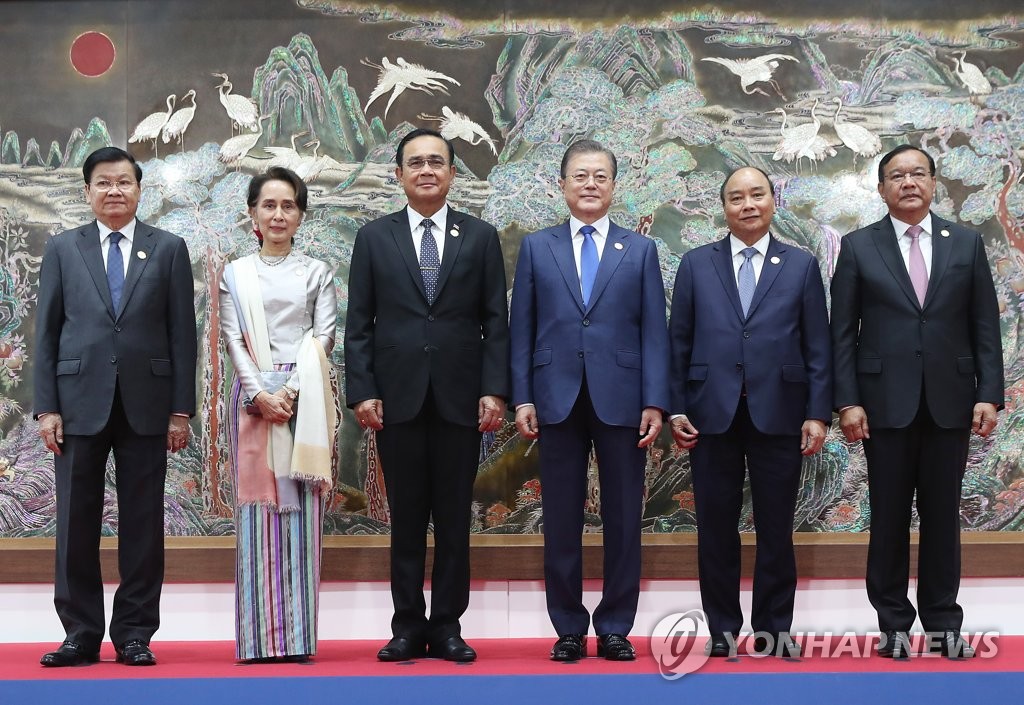 Under the declaration, they will work together to improve productivity of the rural areas and agriculture through various development projects, part of which incorporate South Korea's Saemaeul Movement, a rural development campaign in the 1970s credited for helping modernize its economy.

Moon said at the start of the summit that if South Korea's experience is combined with the "dynamics" of the Mekong region, the "Miracle on the Han River," which refers to South Korea's rapid economic growth, will lead to the Miracle of the Mekong River.

"South Korea will be with Mekong, with a belief that the development of Mekong is that of South Korea," he said, calling for efforts to create synergy between Seoul's development experience and Mekong's huge growth potential.

According to the declaration, the two sides will enhance cooperation in the construction of roads, railroads and ports to advance the development in the Mekong region, and will also carry out information and communications technology projects to promote digitalization toward the fourth industrial revolution.

Regarding resources development, they plan to establish a joint water resources research center in South Korea with a focus on improving the sustainability of the Mekong river basin. Cooperation in restoration of degraded land and forest will also be part of the initiatives.

The two sides will also work together to address non-traditional security challenges, such as climate change, transnational crimes, cybercrimes and natural disasters.

The two sides agreed to beef up efforts in preservation and restoration of cultural heritage through various joint projects, so as to spur tourism and more cultural exchanges among the participating countries. 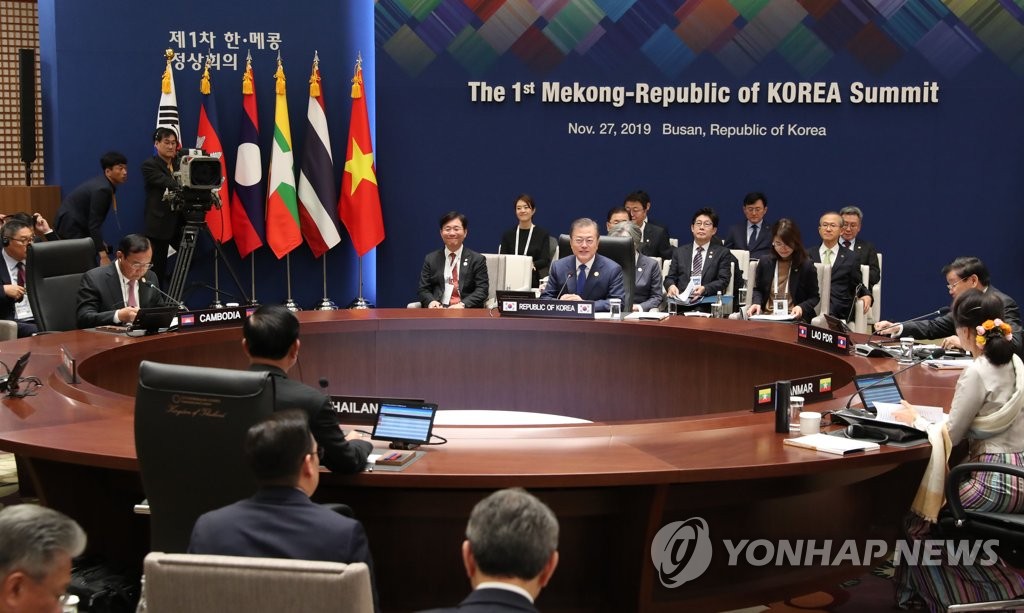 They vowed to work together to enhance cooperation in vocational education and training through capacity building in higher education and improvement of e-learning resources to facilitate people-to-people exchanges and investment in human resources.

Based on the belief that a peaceful and stable environment is vital to mutual prosperity, they reaffirmed their commitment to peace and stability on the Korean Peninsula, and pledged to work closely together toward complete denuclearization and lasting peace in the region.

They also agreed to enhance cooperation in maritime security and freedom of navigation in the region and overflights above it in accordance with international law.