BUSAN, Nov. 27 (Yonhap) -- The office of President Moon Jae-in announced Wednesday that it would push for its New Southern Policy 2.0 in earnest, citing better-than-expected results from South Korea's summit with 10 ASEAN member states in Busan this week.

"(We) evaluate that we have made achievements at the special summit beyond what we aimed and expected," Joo Hyung-chul, an adviser to President Moon Jae-in for economic affairs, during a press briefing at the BEXCO convention center in the major port city, 450 kilometers southeast of Seoul.

The two-day ASEAN-Republic of Korea Commemorative Summit, called to celebrate the 30th anniversary of two sides' dialogue relations, concluded at the venue Tuesday. It was the biggest diplomatic event held in South Korea under the Moon administration..

Joo said South Korea and ASEAN shared the value of people-centered inclusiveness, co-prosperity based on promoting free trade and connectivity and peace, all of which are key components of the New Southern Policy.

"(The government) will push more strongly for cooperation with ASEAN countries over the coming 30 years on the foundation of their trust in the New Southern Policy and documents on the results of the summit this time," he added. 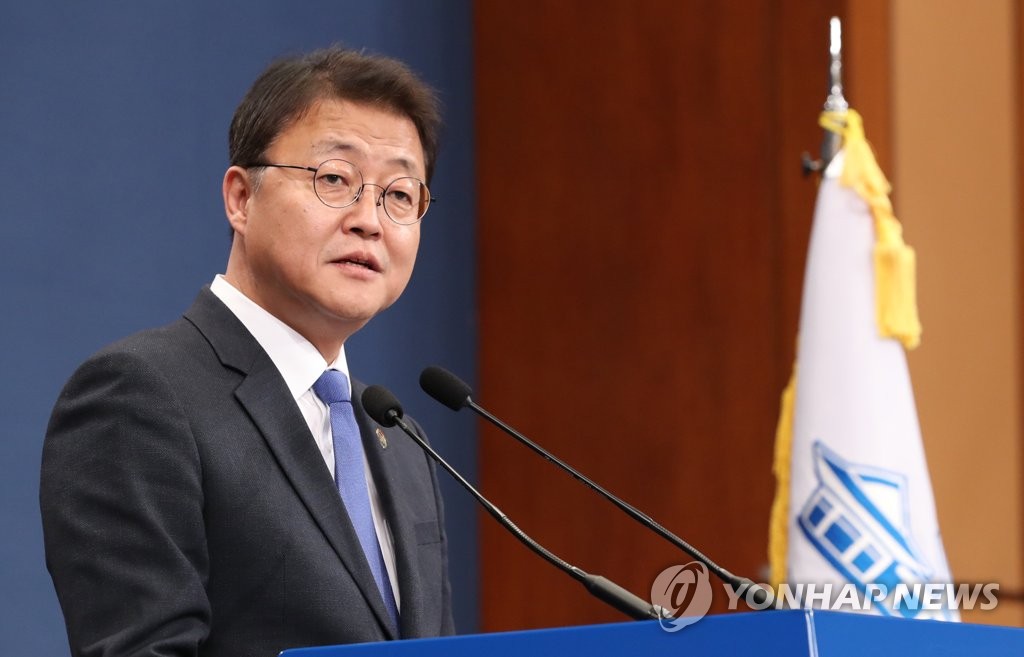 Moon and the ASEAN leaders adopted the ASEAN-Republic of Korea Joint Vision Statement for Peace, Prosperity and Partnership. He issued a separate co-chairs' statement with Thailand's Prime Minister Prayut Chan-o-cha.

South Korea and the five Mekong countries also adopted the Mekong-Han River Declaration for Establishing Partnership for People, Prosperity and Peace during their unprecedented summit on Wednesday morning. It took place at the Nurimaru APEC House on the coast.

Joo said South Korea has secured firm support from ASEAN on its New Southern Policy, launched in November 2017 and placed on a "stable track."

"The government will establish the New Southern Policy 2.0 after collecting a broad range of opinions from the governments of ASEAN countries, companies, experts and civilians, and push for it in earnest starting in 2021," he added.

Joo chairs the presidential committee on the New Southern Policy aimed at lifting Seoul's strategic ties with ASEAN to the level of those with four major regional powers: the United States, China, Japan and Russia.

Key areas of cooperation include peace, diplomacy and the social and cultural sectors, as well as trade and investment.