"With the debut of AI in Go games, I've realized that I'm not at the top even if I become the number one through frantic efforts," said Lee.

"Even if I become the number one, there is an entity that cannot be defeated," he said in an interview with Yonhap News Agency in Seoul on Monday. 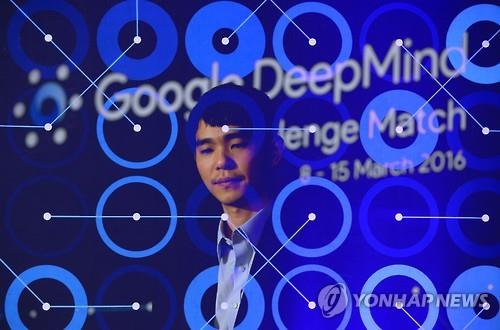 AlphaGo, built by Google's DeepMind Technologies, won four of its five matches against Lee in March 2016, but Lee's sole win in Game 4 remains the only time a human has beaten the AI player.

Reflecting on the historic Game 4 on March 13, 2016, Lee attributed his win to a bug in the AlphaGo program.

In the game, Lee's unexpected move at white 78 developed a white wedge between blacks at the center. The apparently embarrassed AlphaGo responded poorly on move 79, suddenly turning the game in Lee's favor. AlphaGo then declared its surrender by displaying a "resign" message on the computer screen.

Lee's white 78 is still praised as a "brilliant, divine" move that offered a ray of hope to humans frustrated by AIs.

But Lee said he managed to win Game 4 due to AlphaGo's buggy response to his "tricky" moves.

"My white 78 was not a move that should be countered straightforwardly. Such a bug still occurs in Fine Art (a Chinese Go-playing computer program). Fine Art can hardly be defeated even after accepting two stone handicaps against humans. But when it loses, it loses in a strange way. It's due to a bug," Lee said. 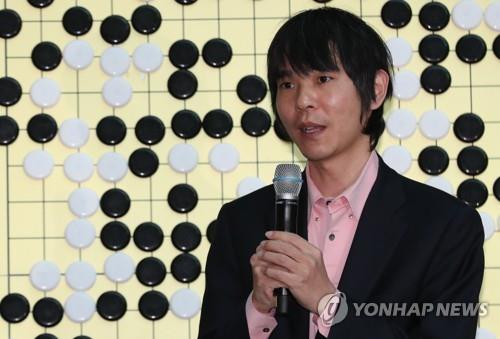 Lee said he felt frustrated after losing the first three games to AlphaGo.

"I rarely read comments on internet news about me. But I got curious about how badly people were speaking of me after my three straight losses to AlphaGo. Unexpectedly, few people criticized me," Lee said.

"Frankly, I had sensed kind of a defeat even before the start of the matches against AlphaGo. People from Google's DeepMind Technologies looked very confident from the beginning."

Go, known as "baduk" in Korea, originated in China more than 2,500 years ago. It involves two players alternately placing black and white stones on a checkerboard-like grid of 19 lines by 19 lines.

The 36-year-old, who scored 18 victories in international competitions and 32 victories in domestic events, submitted his letter of retirement to the Korea Baduk Association (KBA), which oversees Go professionals in South Korea, on Nov. 19, terminating his legendary 24-year career.

Lee didn't deny that his retirement decision was also influenced by a conflict with the KBA over the use of membership fees. He actually quit the KBA in May 2016 and is now suing the association for the return of his membership fee.

Lee had once considered playing in professional Go leagues in China or Japan but gave up the idea due to problems relating to his nationality among other things.

Ironically, Lee plans to face off against another AI Go player next month to commemorate his retirement. 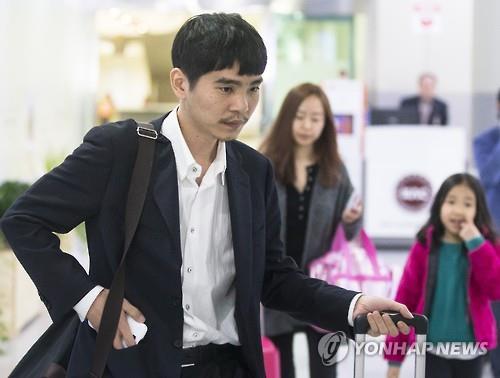 "Even with a two-stone advantage, I feel like I will lose the first game to HanDol. These days, I don't follow Go news. I wanted to play comfortably against HanDol as I have already retired, though I will do my best," he said.

Some media commentators have speculated that Lee may enter politics after quitting his Go career, noting he made a public speech in support of President Moon Jae-in during his election campaign in May 2017.

When asked if he has political ambitions, however, Lee denied it flatly, saying he is not suitable for politics.

"Membership of the National Assembly is not one of high status but a post that serves the people. I'm not suitable for the post. I'm also too young to do the job and have something else to do," he said, asserting his only dream for now is to rest and spend time with his family.