The approval marked the first time a South Korean company has applied for FDA approval for an Alzheimer's patch on its own and received it.

"It is meaningful that SK Chemicals' high technology skill was acknowledged through the FDA approval," CEO Jeon Kwang-hyun said in a press release, adding that the company will further make inroads into the South American and Southeast Asian markets. 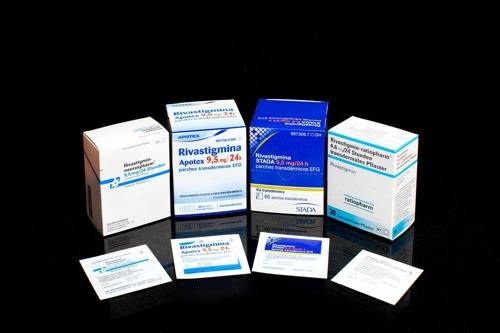 Patients are required to use the patch only once a day, but the efficacy of the drug is the same as other oral medications, according to company officials.

SID710 was already approved in the European Union in 2013. It takes up around 50 percent of the region's Exelon Patch generics market.

The drug is currently sold in 19 countries, including Australia and Canada. The company is also seeking approval for the drug in Brazil and Saudi Arabia.

A total of 2.3 million people suffer from Alzheimer's in the world, with the global market for the treatment estimated at US$3.3 billion, according to data by industry tracker Datamonitor Healthcare.

Shares of SK Chemicals skyrocketed by the daily permissible limit of 30 percent to close at 73,400 won on the Seoul bourse. The FDA approval was announced before the market closed.