The new collection underscores Netflix' recent push to expand its engagement with South Korean film and TV content that can appeal to the global audience.

Netflix said that South Korean content has found fans around the world regardless of language and borders, stressing that each show helps realize the artistic vision of its creators.

In September, Netflix announced several new series in the pipeline, including Kingdom 2 -- a returning season of the story about a crown prince who falls victim to a conspiracy in the Joseon dynasty era.

Netflix had an estimated 2 million paid viewers in South Korea as of the end of October, more than doubling from a year earlier, industry data showed. 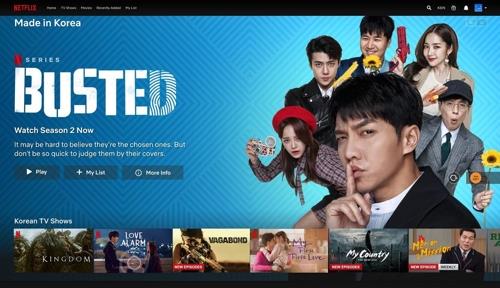 Netflix unveils "Made in Korea" collection

Netflix unveils "Made in Korea" collection