During Cheong Wa Dae talks in Seoul, Moon suggested a concerted effort for a solidified "synergy of policy cooperation" by harmonizing the New Southern Policy of his government and Malaysia's Look East Policy, Moon's office said. 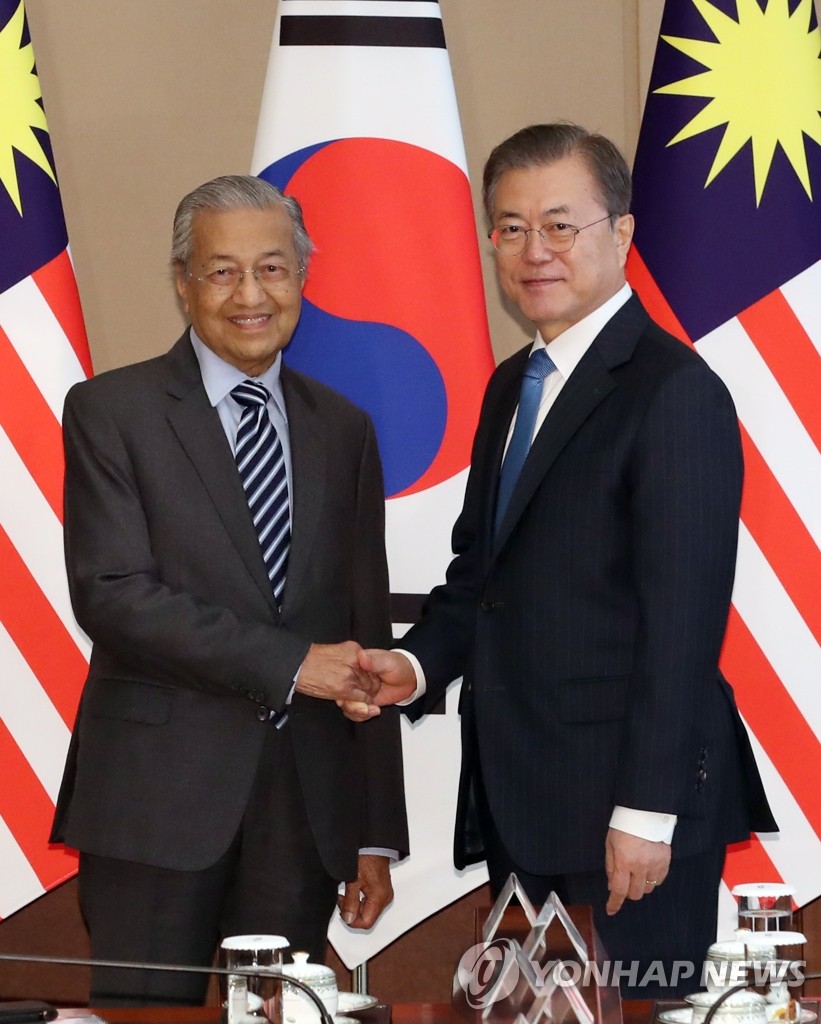 They pointed out that bilateral relations have spread beyond trade and investment to "forward-looking" partnerships in response to the fourth industrial resolution and on other key sectors.

In that regard, they "reached a deal in principle" to upgrade South Korea-Malaysia ties to a strategic partnership on the occasion of next year's 60th anniversary of the establishment of their diplomatic relationship, according to Cheong Wa Dae.

The leaders shared the view that it is important to introduce a bilateral free trade agreement (FTA) to help accelerate "economic solidarity" between the two sides. They agreed to continue efforts toward signing a "high-level, mutually beneficial" deal on the basis of the relevant negotiations held so far.

The president said his administration will continue a journey toward the complete denuclearization of the peninsula and permanent peace through various initiatives, including a push to transform the Demilitarized Zone (DMZ) into an international peace zone.

Following the summit, Moon and Mahathir attended the signing ceremony for four memorandums of understanding (MOUs) on promoting cooperation on information and communications technology, digital government, health care and medical science, and water and sewage management. 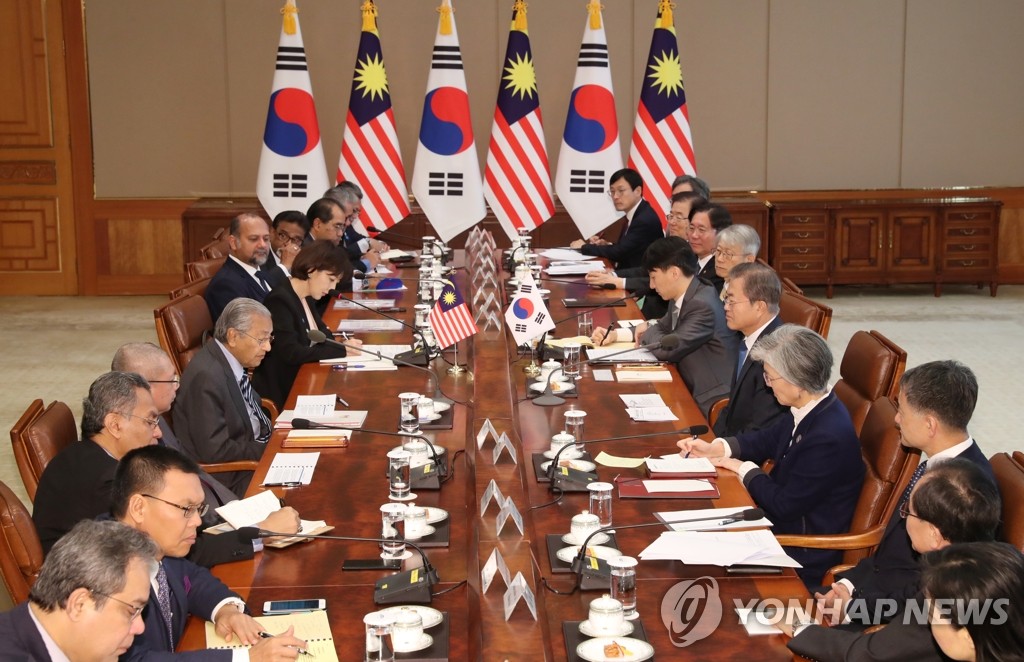 It was a follow-up to their one-on-one talks in Kuala Lumpur during Moon's trip there in March.

Mahathir arrived in Seoul for a two-day official visit after participating in the ASEAN-Republic of Korea Commemorative Summit in Busan, a port city 450 kilometers southeast of the capital.

He congratulated Moon on the successful hosting of the Busan session, the largest diplomatic event held in South Korea since the launch of the Moon administration in May 2017.

Moon told Mahathir that South Korea will cooperate actively with Malaysia so that it can successfully host the Asia-Pacific Economic Cooperation (APEC) summit next year.