Statistics provided by the Korean Duty Free Association (KDFA) said more than 1.8 million foreigners visited duty-free stores in the country in October, the highest number since China's apparent retaliation against Seoul over the deployment of a U.S. missile defense shield here. 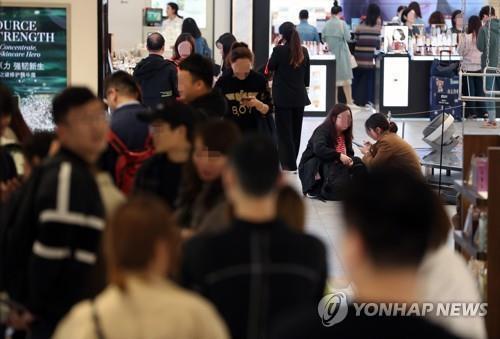 The number of foreign shoppers at the duty-free stores reached a record high of 1.92 million in July 2016 but started to shrink in October of that year following the announcement of the deployment of a Terminal High Altitude Area Defense (THAAD) battery in southeastern South Korea.

China banned the sale of group tours to South Korea in retaliation against the installation of THAAD, which Beijing sees as a security threat. The move has dealt a harsh blow to local duty-free shops, as Chinese tourists were their main customers.