SEOUL, Nov. 29 (Yonhap) -- The Bank of Korea (BOK) on Friday left the base interest rate unchanged at a record low, at least for the remainder of the year, stressing the need to first see the effect of its two previous rate reductions this year.

The central bank's rate-setting body's decision to keep the rate steady came about one month after the seven-member board voted to slash the policy rate to a record-low 1.25 percent in its second rate reduction in just three months. 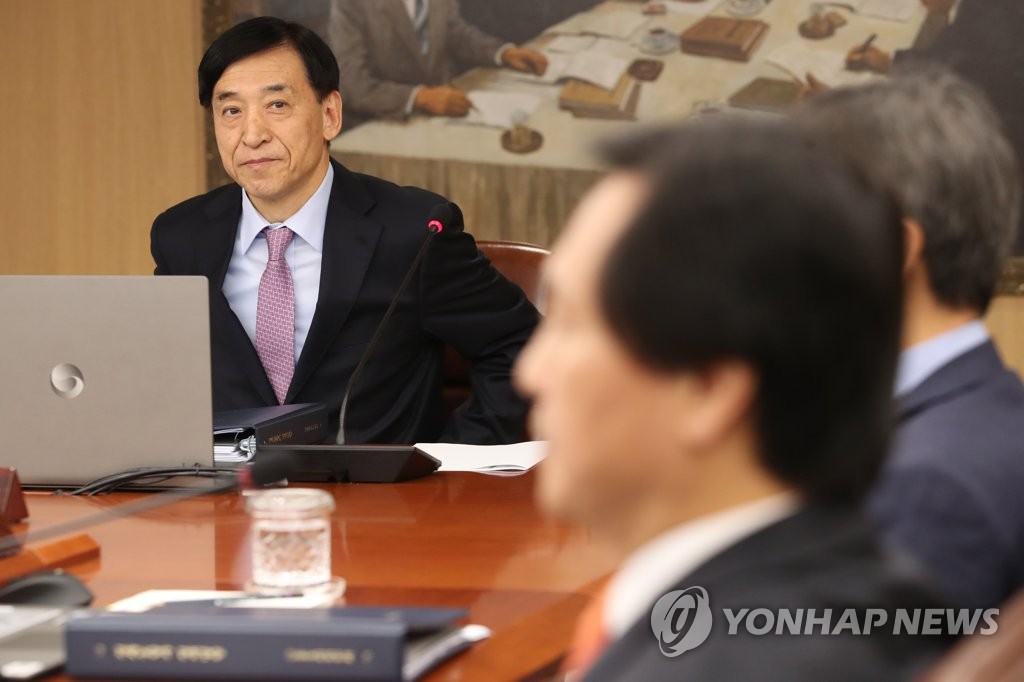 Still, the decision comes despite a widely anticipated cut in the central bank's latest growth outlook for Asia's fourth-largest economy, which is due later in the day.

A series of data points to the sobering reality that the economy is losing growth momentum in the face of prolonged trade row between the United States and China, the country's two largest trading partners.

Also faced with sluggish demand at home, partly seen in the record-low inflation growth of negative 0.4 percent in September, the South Korean economy is widely projected to grow at around 2 percent or even less, falling short of the 2.2 percent growth estimate by the central bank.

The BOK has already three times revised down its growth outlook from the 2.7 percent late last year to 2.6 percent in January, 2.5 percent April and then to 2.2 percent in July.

The central bank is set to offer its final growth outlook for the year later in the day, but BOK Gov. Lee Ju-yeol has already noted it "may not be easy to meet the 2.2 percent growth projection."

The BOK board noted the local economy was expected to grow "at around 2 percent in 2019."

A BOK official explained this referred to a range of between 1.9 percent and 2.1 percent.