On Thursday, South Korea's military said the North fired two projectiles from what is presumed to be a super-large multiple rocket launcher from Yeonpo in the country's eastern South Hamgyong Province toward the East Sea.

The North's official Korean Central News Agency said the Academy of Defence Science conducted the drill to "finally examine the combat applicability" of the launcher. Kim expressed "great satisfaction" over the test results.

The test-fire "proved the military and technical superiority of the weapon system and its firm reliability," the report said.

The commanders of the North's military expressed gratitude to the leader "who saw to it that lots of arms and equipment of powerful performance were developed and perfected this year for the military and technical strengthening of the Korean People's Army," it said. 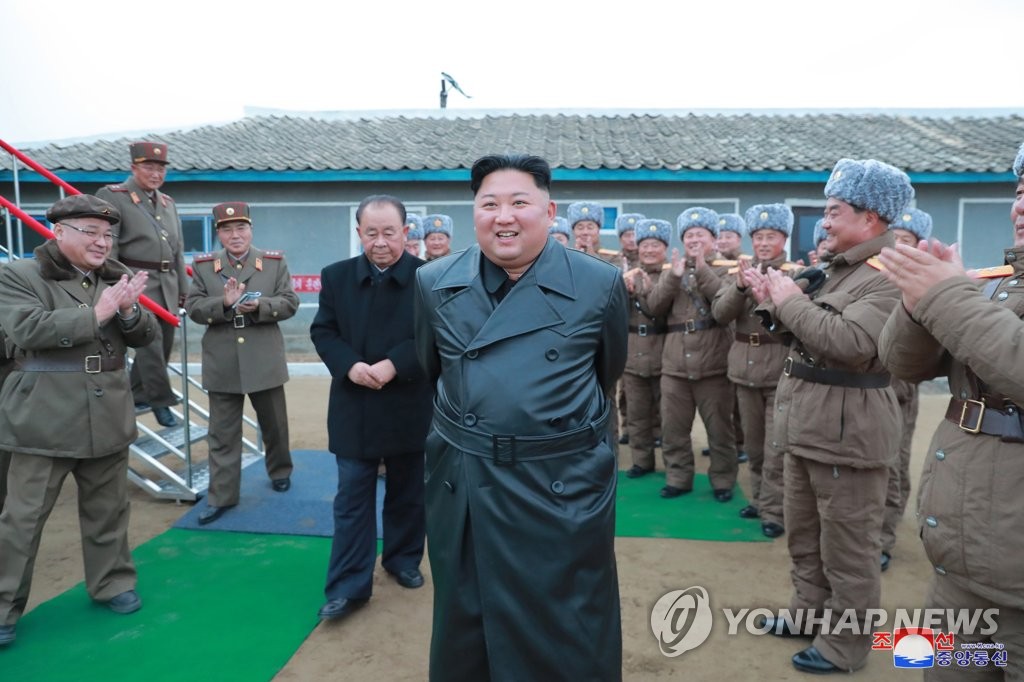 Thursday's firings marked the 13th major weapons test North Korea conducted this year, and the fourth test of its super-large rocket launcher system, which is presumed to be a 600-millimeter diameter one. The North previously tested the weapon on Aug. 24, Sept. 10 and Oct. 31.

The latest projectiles were fired within a 30-second interval and flew around 380 kilometers, reaching a maximum altitude of around 97 km, according to the Joint Chiefs of Staff (JCS).

The JCS has expressed "strong regret" about the launches, saying they will not help efforts to ease tensions on the Korean Peninsula.

The unification ministry also urged Pyongyang to stop acts that escalate tensions and stressed the need to improve inter-Korean relations through dialogue and cooperation.

North Korea resumed its major weapons tests in May after an 18-month hiatus. In previous tests, it launched new types of short-range missiles, including its version of Russia's Iskander, as well as an upgraded version of a submarine-launched ballistic missile, the Pukguksong-3.

Further heightening tensions on the Korean Peninsula, the communist country conducted firing drills involving coastal guns on its border islet of Changrin in the Yellow Sea on Saturday under the guidance of leader Kim.

The series of military moves came amid stalled nuclear negotiations between the United States and North Korea since the collapse of the Hanoi summit in February.

The two countries held their last working-level talks in October in Stockholm, but the meeting also ended without much progress, with Pyongyang accusing Washington of failing to come up with a new proposal.

North Korea has been ramping up pressure on the U.S., saying it won't talk about denuclearization until Washington drops its "hostile policy" against Pyongyang. 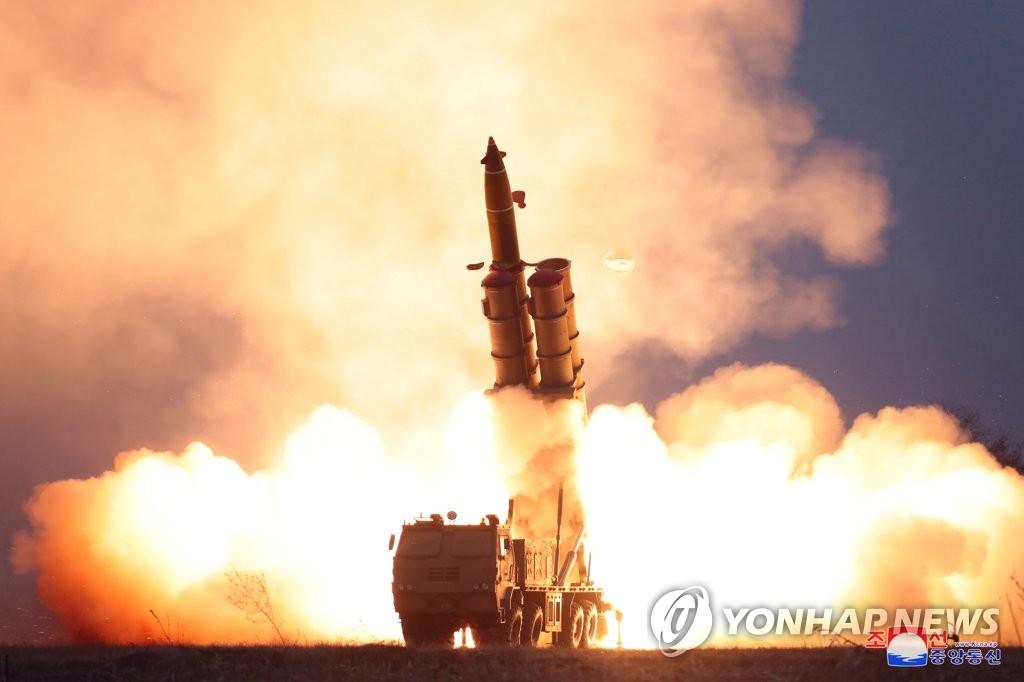