Debuting in March with a 23-second "meokbang," or eating show, clip of munching on meringue cookies, Pengsoo now boasts more than 1 million subscribers on YouTube.

Pengsoo soared to stardom in less than a year, appearing on both terrestrial and cable TV and radio programs and becoming a campaign ambassador for the foreign ministry and the Ministry of Health and Welfare.

Fans eagerly attended fan meetings and snapped up an essay collection by Pengsoo that has gone on prerelease in major bookstores this week, with an official at online bookseller Aladin calling it "the first book to sell at this speed."

Pengsoo has even earned the nickname "president of workers" for its solid fan base of mostly millennial office workers.

Pengsoo's dance moves and singing skills -- ranging from beatboxing to yodeling -- are some of the factors behind the wild popularity, but there's more. 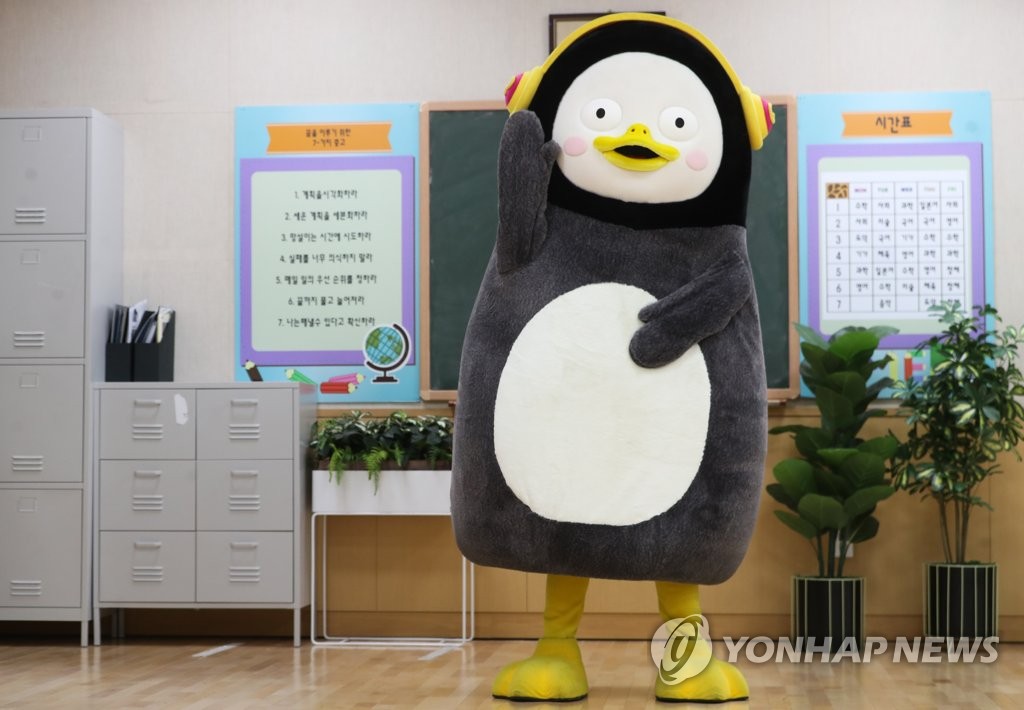 For one thing, Pengsoo is a penguin.

The 10-year-old penguin came to South Korea from the South Pole to become a global star like BTS or Pororo, according to the Pengsoo's creator Educational Broadcasting System (EBS), which also created the goggle-wearing penguin character Pororo that children rave about.

But unlike characters in the popular Pororo series, Pengsoo is not a typical children's character that oozes cuteness and innocence.

Standing 2.1-meters tall, the gigantic penguin has expressionless eyes and an open mouth. Its face is static, and it does not wink or squeal.

In fact, it speaks in a husky male-like voice compared with characters that usually speak in high, animated tones. 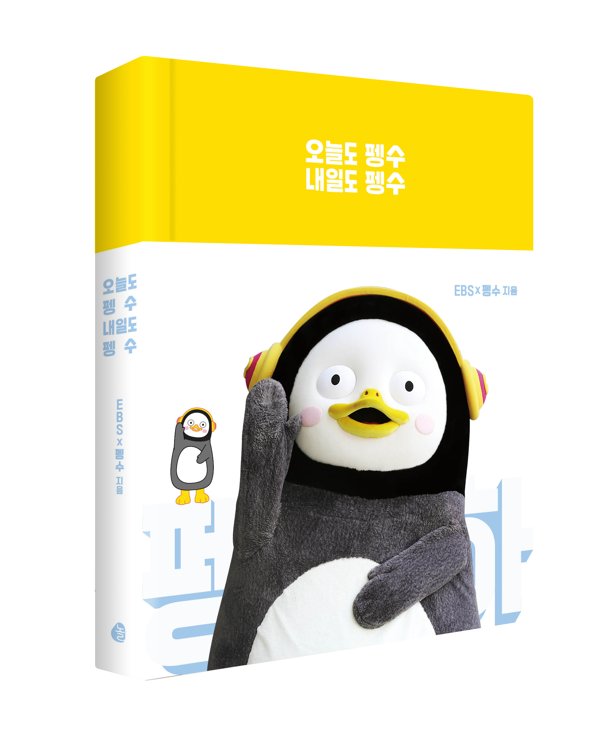 But these features are what really set Pengsoo apart when combined with its brazen attitude.

The larger-than-life penguin -- or the person inside the gigantic puppet -- is not afraid to break taboos and cross boundaries in a country where unspoken rules run through social life.

In multiple episodes, Pengsoo calls the EBS chief Kim Myung-joong by his name without the honorific suffix "sajangnim".

Pengsoo does this without the slightest sign of hesitation in a society where position names or the general suffix "nim" are used to address someone of higher position or older age.

Pengsoo relentlessly hits back at chiding or boasting disguised as advice for younger people and questions standards that are considered normal, such as the concept of a four-person family consisting of a dad, mom and two children.

It also acts in ways that are far removed from the traditional virtue of modesty. Pengsoo brags how it is already a "celebrity" and "superstar" who wants to become "a galaxy star," comments that would invite smirks in real life. 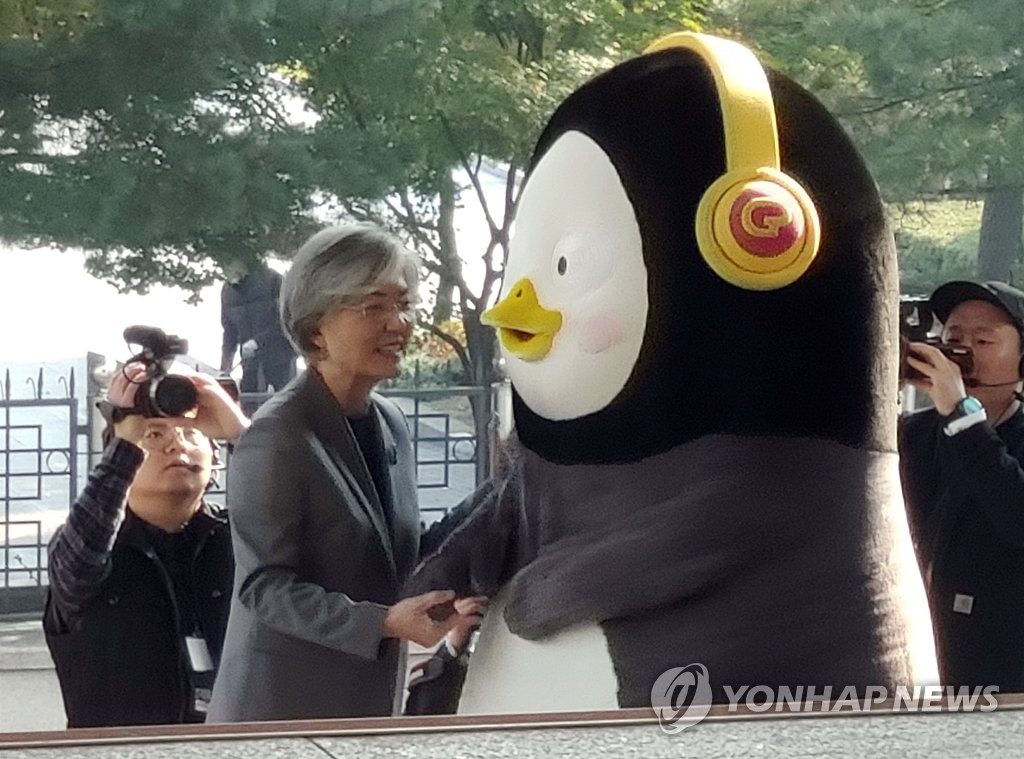 This way of life is a refresher for South Korean millennials exhausted with the intricate social rules they face at work.

"Pengsoo is not afraid to say what it wants and sometimes even goes overboard but is forgiven since it's a baby penguin," said 34-year-old Yoon Binna, a self-proclaimed Pengsoo fan who keeps dozens of Pengsoo gifs on her phone.

"Pengsoo also departs from conventional life advice that is considered 'good' and refutes it, for instance, saying that one cannot be good at everything rather than saying you should keep trying. This really hits the spot," Yoon said.

Fans like Jeong Su-yeon, a 31-year old engineer, note how Pengsoo is not daunted by social hierarchies.

"Pengsoo treats everyone equally whether its counterpart is a lawmaker, a company president or a famous celebrity. This is really charming," she said.

"But that doesn't mean I also hit back at 'kkondae' speeches like Pengsoo," Jeong said, referring to the Korean term that the younger generation uses to refer to people of older age or higher status who act condescendingly.

"If I were to act like Pengsoo at my work, where there are a lot of older people, I'd be stigmatized as a rude and grumpy person. I know I can't change people of different generations, so I usually laugh and let it go." 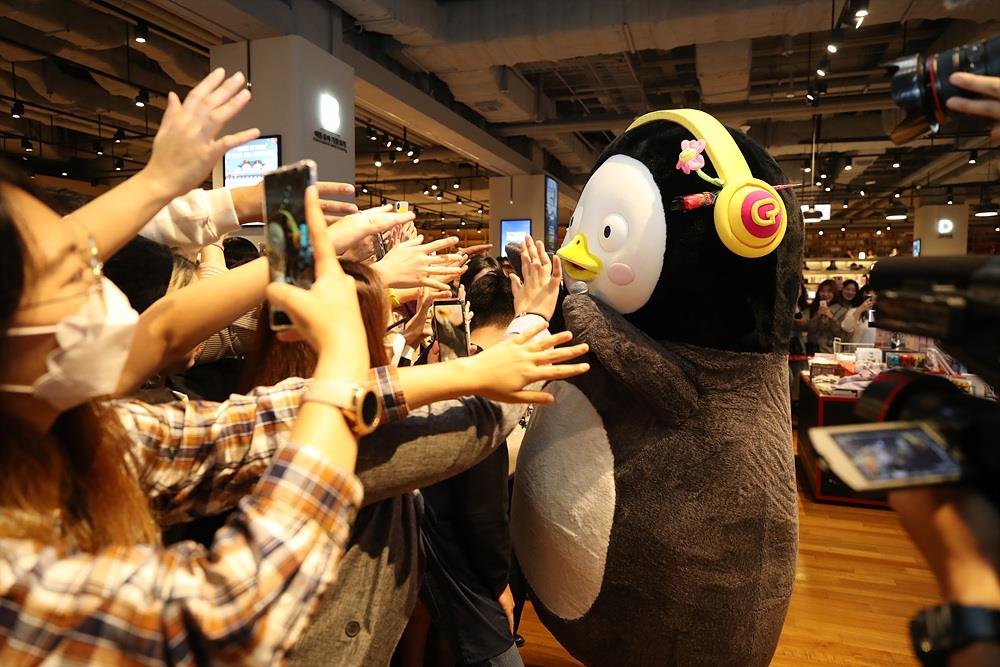 Analysts and critics say Pengsoo offers room to breathe for millennials who were brought up to be independent but end up complying with the traditional virtues older generations value.

"Pengsoo speaks for what office workers in their twenties and thirties think (but cannot say)," Meritz Securites Co. analyst Ha In-whan wrote in a report.

"The audacity to refer to the head of its company without honorifics and say, 'Don't tell me to cheer up when I can't,' draws empathy."

Cultural columnist Kim Hern-sik said Pengsoo offers a sense of satisfaction for those of the younger generation who were educated to express themselves and respect diverse lifestyles but cannot do so within their own social ladders.

"Pengsoo, despite being officially labeled as a 'trainee,' which is not the best position in the job world, shrewdly takes the upper hand and says what it wants to say in a confident yet inoffensive way," Kim said.

This partially explains why fans are so adamant on protecting Pengsoo's identity and protest against unearthing the person inside the puppet.

"I intentionally try not to find out who the person inside is. I like Pengsoo as Pengsoo. I don't want to get all serious and break this," Yoon said.