The state pension fund registered an 8.92 percent investment return as of the end of September, according to the National Pension Service (NPS).

It chalked up a 5.08 percent investment return from the local stock market and a 24.10 percent yield from investments in overseas stocks,

The fund's return rates from investments in domestic and foreign bonds reached 4.27 percent and 16.47 percent, respectively, while the yield for alternative asset investments came to 6.87 percent. 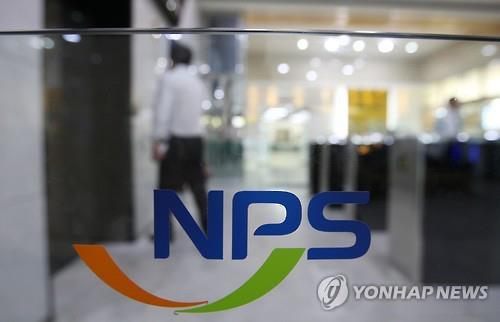 "The robust return came amid bullish domestic and foreign equity markets stemming from optimism over U.S.-China trade talks as well as quantitative easing and stimulus measures in major economies," the operator said.

The South Korean currency's weakness against the U.S. dollar was also responsible, it added.

Last year, the pension fund, the world's third-largest investor, logged a minus 0.9 percent return rate due to unfavorable market conditions, such as trade tensions between the United States and China. It marked the first negative return in a decade.

The cumulative return rate of the state pension fund, which was launched in 1988, stood at 5.61 percent as of the end of September, with its cumulative earnings reaching 351.5 trillion won (US$298 billion).

As of end-September, stocks took up about 40 percent of the pension fund's assets, with bonds accounting for half the total.

The NPS, South Korea's top institutional investor and one of the world's biggest pension operators, had 714.3 trillion won in assets under its management as of end-September, up 75.5 trillion won from the end of 2018.

South Korea adopted the state pension program in 1988 to guarantee income for the elderly after retirement and to provide coverage for disabilities and surviving family members.
(END)