SEOUL, Nov. 29 (Yonhap) -- South Korea's opposition leader has decided to terminate his hunger strike of more than a week but vowed to toughen his struggle against the Moon Jae-in administration over contentious reform bills, his party said Friday.

Hwang lost consciousness and was rushed to Severance Hospital in western Seoul Wednesday night following the hunger strike he launched in front of Moon's office, Cheong Wa Dae, to protest controversial bills on election reform and a corruption probe unit. 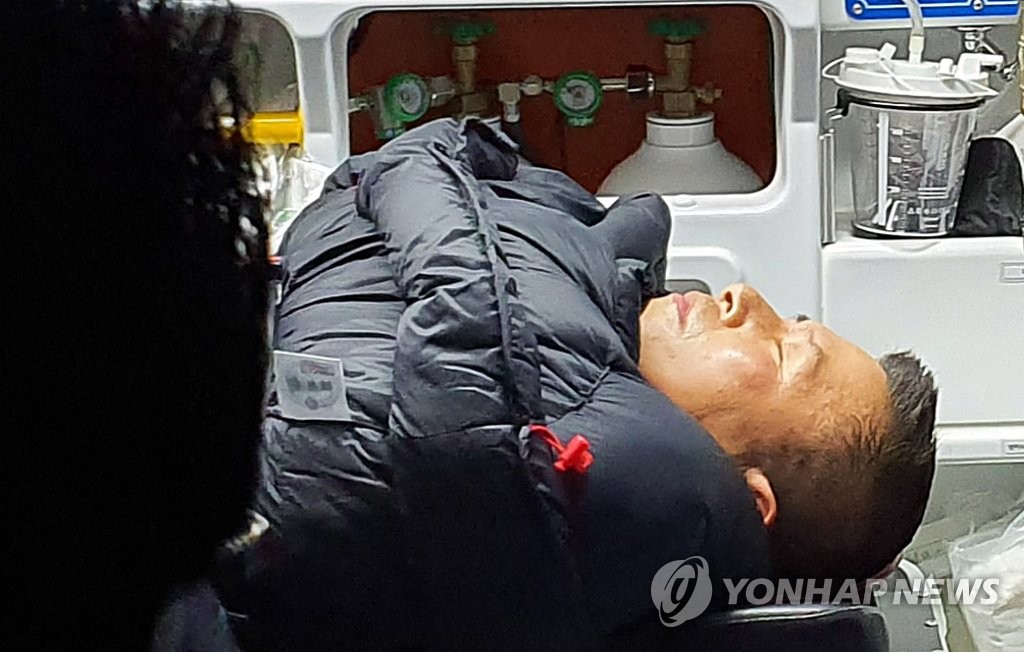 He has since been recovering, according to hospital and party officials.

"Chairman Hwang has stopped fasting at the strong recommendation of his family, doctors and party officials who fear his deteriorating health. He began to eat thin rice gruel from yesterday (Thursday) afternoon and is recovering his heath," Jun said in the statement.

Despite the end of the hunger strike, however, Hwang expressed his determination to stage an all-out struggle against an election reform bill and a proposal to set up a new agency to investigate corruption involving high-ranking officials and uncover the truth behind power abuse scandals involving pro-Moon officials, Jun noted.

Hwang began his fast on Nov. 20, demanding that Moon revoke his decision not to renew Seoul's military intelligence-sharing deal with Japan and that key reform bills, now on a parliamentary fast track, be withdrawn.

The government on Nov. 22 "conditionally" suspended the termination of the pact with Japan. But Hwang continued to fast, demanding the cancellation of the election reform bill and the plan to set up the so-called High-Ranking Officials' Corruption Investigation Agency. The ruling Democratic Party and three minor parties have designated those bills as fast-track legislation despite objections from the LKP.

Two senior members of the LKP's leadership council -- Chung Mi-kyung and Shin Bo-ra -- began their own hunger strike in front of Cheong Wa Dae on Thursday in support of Hwang.

Jun's statement said Hwang expressed his gratitude to Chung and Shin for launching their sympathy hunger strike but asked them to stop fasting and join him in the struggle against the Moon administration.

According to doctors at Severance Hospital, Hwang has been recovering lost muscle mass, while his blood sugar level and other health indicators have returned to normal. But it will take more time for him to completely recover, they said, and he would likely stay at the hospital several more days.