During the five-day visit starting Monday, he is scheduled to attend the Pacific Air Chiefs Symposium, hosted by PACAF, and meet with his U.S. counterpart, Gen. David Goldfein, and PACAF commander Gen. Charles Brown to discuss ways to further strengthen the alliance between the two countries and to boost military exchanges, the Air Force said.

Won is also planning to have a one-on-one meeting with representatives from other partner countries, including Australia and New Zealand, the Air Force added.

The symposium, to be held from Dec. 3-6, will bring together air chiefs and leadership from 18 countries in the Indo-Pacific region, according to the organizer.

Under the theme of "A collaborative approach to regional security," the event, the 11th of the kind, will focus on ensuring a mutual understanding of common challenges, and enhancing capabilities and interoperability, it added. 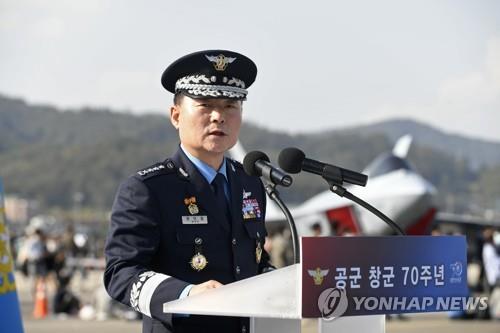