SEOUL, Nov. 29 (Yonap) -- Park Kyung, a music producer and a member of K-pop boy band Block B, is facing a chain of lawsuits from fellow music artists after accusing them of music chart manipulation.

This past Sunday, the 27-year-old rapper named five fellow singers and a duo on his SNS account, saying, "I wish I could do music hoarding like these people."

Park was alluding to his suspicion that they had their music downloaded and purchased in large quantities to boost their numbers on sales charts.

As the message created wild controversies, Park deleted it the same day.

But all the six accused artists came forward the next day, denying the suspected "hoarding" and vowing to take legal actions against Park for online defamation.

"We express deep regrets over the unfounded rumor," Vibe's management agency Major 9 said in a statement, adding, "In order to correct the controversy, (we) will address the matter strictly in accordance with legal procedures."

Vibe, Song and other artists followed up on the pledges, by officially filing a defamation suit against the Block B member Thursday.

Block B's agency, Seven Seasons, issued an apology to the accused artists on behalf of Park, but it also vowed to fight back legally to defend Park's online claims.

"We wish that rumors about today's pop music charts in which everybody suspects each other and falls victim could be clearly illuminated through this case," according to Seven Seasons.

The K-pop music scene has seen recurring accusations of music hoarding schemes in recent years although none of the accusations have been verified.

Under the current law on the promotion of the music industry, stockpiling CDs or online downloads of a music album or single is subject to a prison sentence of up to two years or a fine of up to 20 million won (US$16,930). 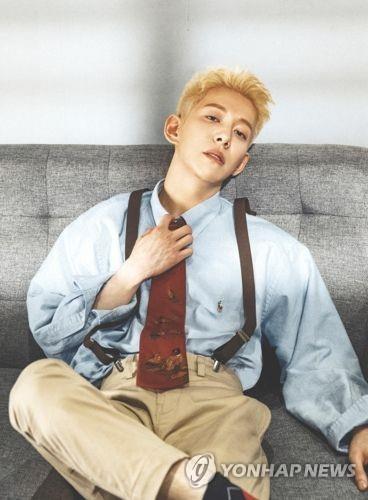