The game has already topped Apple's app store upon release.

But NCSOFT did not unveil the sales figure and other details.

The mobile game is a follow-up to the online MMORPG "Lineage II," which was launched in 2003. Other mobile entries in the series are NCSOFT's "Lineage M" and Netmarble Corp.'s "Lineage 2 Revolution." 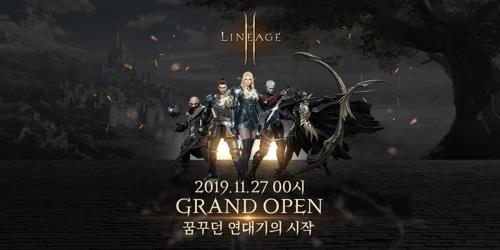