China's proportion of the North's overall external trade rose to 91.8 percent last year, compared with 17.3 percent in 2001, according to the data from an analysis report of the Korea International Trade Association (KITA).

South Korea, once the North's second-largest trade partner, virtually had no trade with the North in the 2017-2018 period due to the 2016 shutdown of their joint industrial complex in the North's border town of Kaesong and a strengthening of global sanctions against the regime. 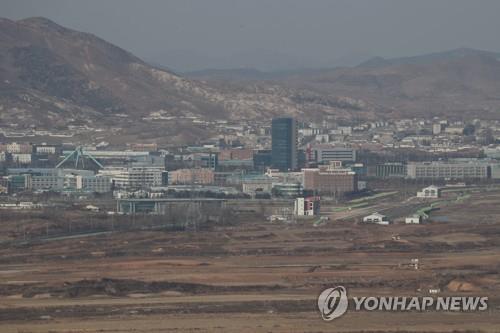 "Trade between the North and China surged drastically as all dealings between the two Koreas, except for those in the Kaeseong complex, came to a halt in 2010," the report said.

"After the shutdown of the Kaesong complex, trade between the North and China further increased, making China currently account for 90 percent of the North's external trade," it added.

A vast majority of inter-Korean exchanges were suspended in May 2010, when Seoul slapped sweeping economic sanctions on Pyongyang following its torpedo attack on the South's warship that killed 46 sailors.

Following the shutdown of the Kaesong complex triggered by the North's military provocations, already scarce cross-border exchanges further dipped and apparently added pressure on Pyongyang to look to China for greater economic exchanges.

According to the KITA report, Japan accounted for 30.1 percent of the North's total trade in 2001, trailed by China with 17.3 percent and South Korea with 8.8 percent. Last year, China took first place, with India and Russia comprising 1.4 percent and 1.3 percent, respectively.