SEOUL, Dec. 1 (Yonhap) -- South Korea's auto exports are tipped to suffer a slump for the seventh consecutive year in 2019 in terms of volume due to lower demand in emerging markets, data showed Sunday.

South Korean carmakers shipped 1.98 million units in the first 10 months of the year, down 0.4 percent from a year earlier amid an economic slowdown at home and abroad, according to the data compiled by the Korea Automobile Manufacturers' Association (KAMA).

The country's auto exports, since hitting a record of 3.17 million units in 2012, have been on a steady decline, and the trend will likely continue this year. 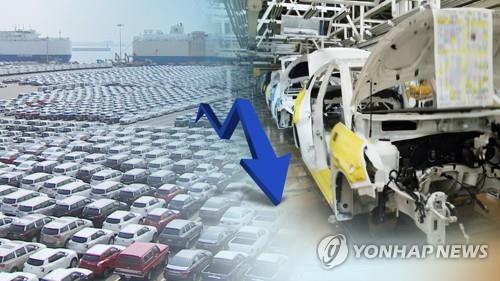 Exports to the Middle East and the Central American regions dipped b 8 percent and 22.7 percent, respectively, while shipments to the Asian region also suffered a 15.1-percent sink, the data shpwed.

In contrast, shipments to the North American and European regions each jumped 11 percent and 0.3 percent, according to the data.

But by value, the country's auto exports gained 4.2 percent on-year to $31.83 billion in the first 10 months of the year, on the back of a rise in shipments of high-priced SUVs and eco-friendly autos.

In particular, exports of SUVs gained 8.2 percent to 1.21 million units over the cited period, according to the data. Outbound shipments of eco-friendly vehicles, such as electric vehicles, jumped 36.3 percent on-year to reach some 203,500, the data showed.

Meanwhile, the country's automobile output is widely expected to reach a nine-year low this year on sluggish sales at home and abroad, dipping to below 4 million units for the first time since 2009, according to the association.

In the first 10 months of the year, the combined sales of automakers here came to 3.24 million units, down 0.7 percent from the same period last year, according to the data.

The figure is the lowest since 2009, when the number stood at 2.79 million units in the aftermath of the global financial crisis. 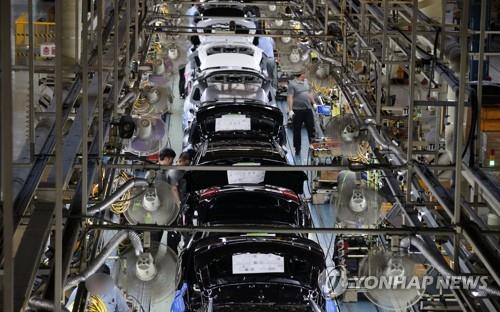