SEOUL, Dec. 1 (Yonhap) -- A wild boar found dead near the border with North Korea has tested positive for African swine fever (ASF), authorities said Sunday, bringing the number of such cases to 34 in South Korea.

The wild boar was caught by a joint team of soldiers and civilian hunters in Paju, northwest of Seoul, earlier this week, the National Institute of Environmental Research said.

On Saturday, the institute also confirmed another wild boar infected with the deadly animal disease in a nearby county.

Since the country's first-ever outbreak of the animal disease on Sept. 17, the deadly animal disease has been haunting pig farms across the country as there are currently no vaccines nor cures for the highly infectious disease.

The disease has hit quickly across the northern areas of the country, infecting farms in four towns bordering North Korea, namely Paju, Yeoncheon, Gimpo and Gangwha.

So far, the country has confirmed 14 cases of ASF at local pig farms in total, although the last case was reported in early October. The incubation period is around three weeks. 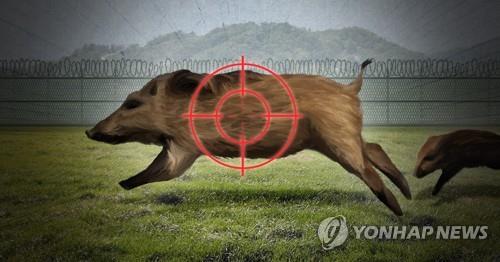