They "discussed the development of South Korea-EU relations and regional security conditions" during the phone session arranged at the request of "the European Union side," it said.

The conversation came shortly after she was sworn in as new head of the commission. 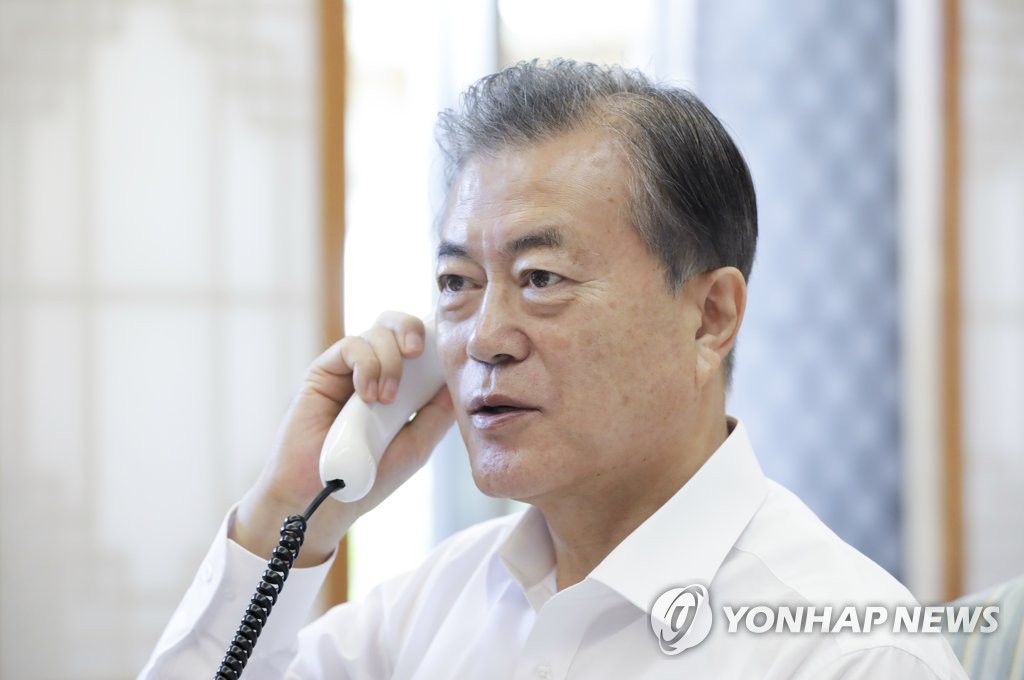 Moon congratulated von der Leyen on her inauguration and expressed hope that the EU will get stronger and move toward positive changes under her leadership.

In response, she stressed that South Korea is a "core partner" of the EU, saying she's looking forward to working with Moon, according to Cheong Wa Dae.

They agreed to cooperate more closely on pending regional and global issues, strengthening "strategic partnership" between the two sides, which share "universal values," it added.

Moon noted that the EU has constantly backed South Korea's initiative for the complete denuclearization of the peninsula and permanent peace.

He requested EU's new leadership to pay keen attention to the peace journey in Korea.

He also asked the EU's support and cooperation in connection with the second P4G summit to be held in Seoul in June next year. P4G stands for Partnering for Green Growth and the Global Goals 2030, a public-private initiative to tackle climate change and other sustainable development challenges.