JEONJU, South Korea, Dec. 1 (Yonhap) -- Jeonbuk Hyundai Motors captured their third straight title in South Korean professional football on Sunday, thanks to one of the most improbable finishes to a season.

Jeonbuk defeated Gangwon FC 1-0 at Jeonju World Cup Stadium to end the 2019 K League 1 season with 79 points, tied at the top with Ulsan Hyundai FC. But Jeonbuk edged Ulsan in the first tiebreaker, goals scored, 72 to 71, and became just the second club to pull off a "three-peat" in South Korean football. 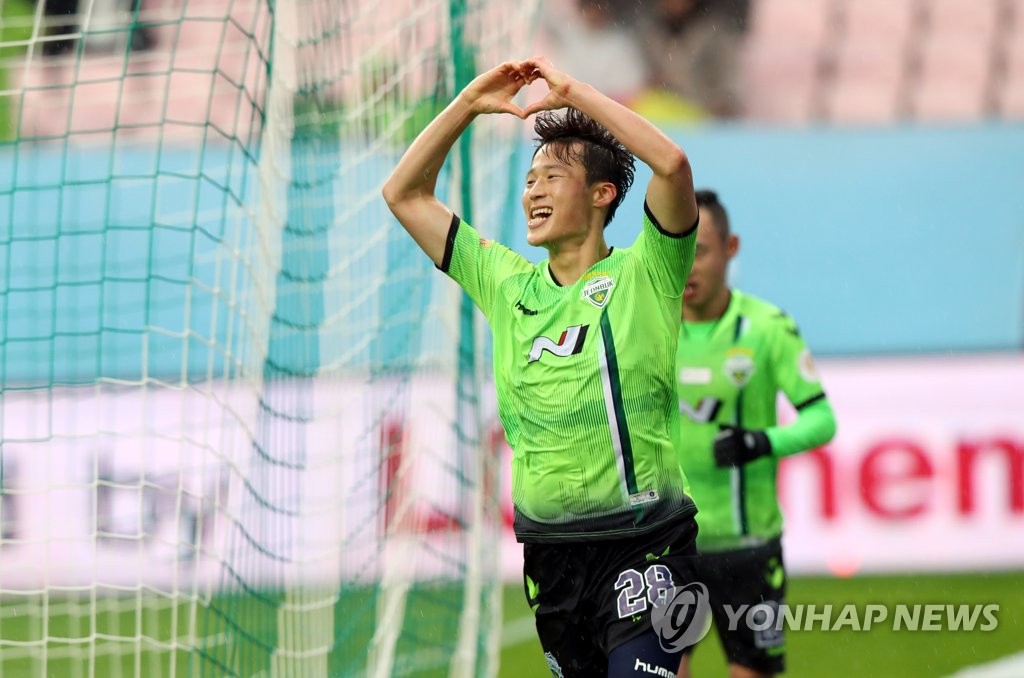 Jeonbuk entered the season finale in Jeonju, 240 kilometers south of Seoul, needing a combination of their victory and a Ulsan loss to Pohang Steelers. Jeonbuk took care of their business, as Son Jun-ho's 39th-minute goal stood as the winner.

Ulsan, who only needed a draw to secure their first championship since 2005, snatched second place from the jaws of a championship, as they lost to Pohang 4-1. Pohang's Russian forward Stanislav Iljutcenko scored the go-ahead goal in the 55th minute and Heo Yong-jun netted the dagger in the 87th. Aleksandar Palocevic converted a penalty just before the final whistle to round out the scoring.

Jeonbuk have dominated the K League 1 for the better part of this decade. They have won four of the past five championships, and this title ties them with Seongnam for most championships with seven.

Ulsan have the most runner-up finishes in league history with eight.

Jeonbuk, Ulsan and FC Seoul jostled for first place early in the season. At the end of June, the three clubs were separated by just one point.

But FC Seoul faded away in July, leaving Ulsan and Jeonbuk to fight for the top spot. Ulsan entered November in first place, with a 75-72 lead over Jeonbuk -- just about their biggest advantage over their rivals all season -- but Jeonbuk nipped Ulsan at the finish line. 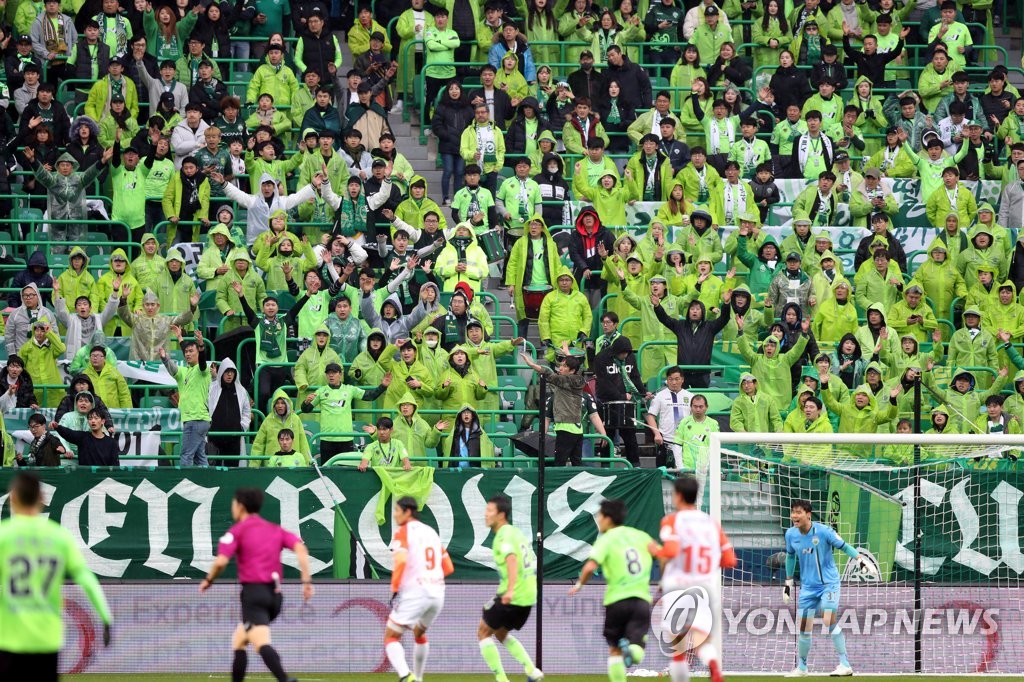