"No one remembers who finished in second place," Kim said after his team's 4-1 loss to Pohang Steelers at Ulsan Stadium in Ulsan, 400 kilometers southeast of Seoul. "We did the best we could this season but unfortunately, we didn't get the result we wanted. I'd like to apologize to everyone who wanted us to win the championship." 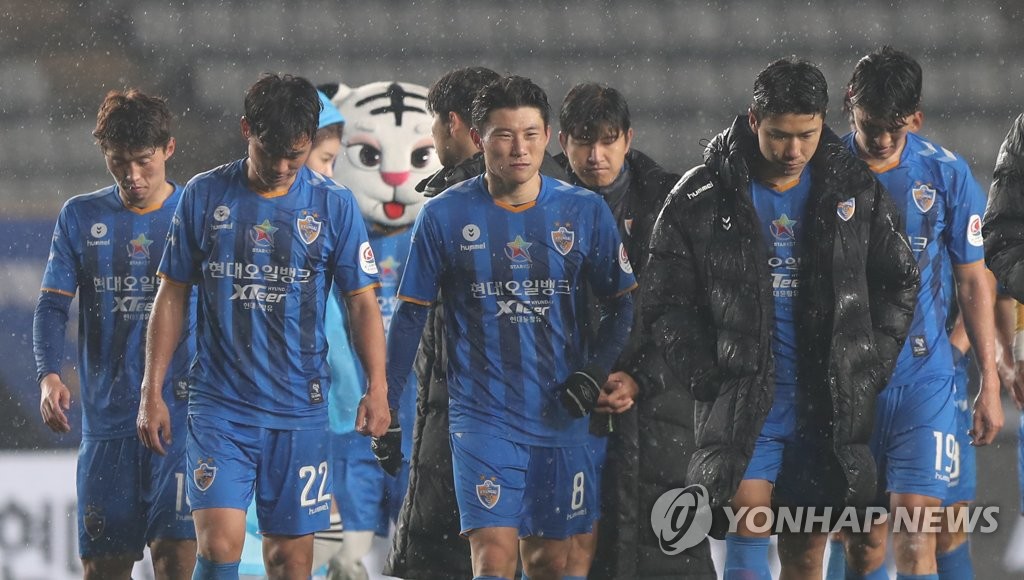 Ulsan came into Sunday's K League 1 season finale with a 79-76 lead over Jeonbuk Hyundai Motors in points. Ulsan only needed a draw to claim their first title since 2005, but gave up three unanswered goals in the second half in one of the most spectacular collapses in league history.

Jeonbuk, for their part, defeated Gangwon FC 1-0. Jeonbuk and Ulsan both finished with 79 points but Jeonbuk won the first tiebreaker, goals scored, by 72-71.

"We wanted to play aggressively, but after giving up the first goal, our guys were playing catch-up and started rushing things on the field," Kim said. "But this isn't the end of careers for these players. I am sure they'll bounce back from this."

Ulsan were trailing 2-1 and had come close to tying the score in the late moments of the match, when goalkeeper Kim Seung-gyu's miscue led to the dagger of a goal by Pohang. In the 87th minute, Kim decided to take the throw-in from deep in the Ulsan zone but ended up passing the ball right to Pohang forward Heo Yong-jun, who rolled the ball into the empty net to make it 3-1. Aleksandar Palocevic converted a penalty in the final play of the match.

"I can live with that play, and in football, mistakes happen all the time," coach Kim said in defense of his goalkeeper. 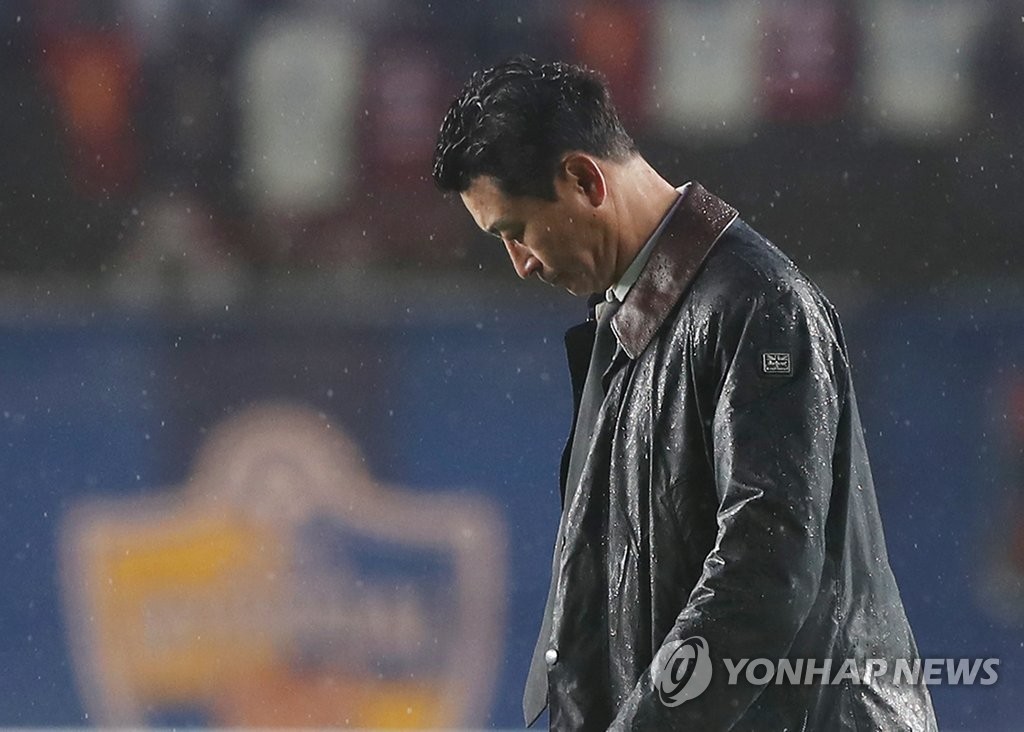 This was the second major choke job by Ulsan this season. In June, Ulsan were eliminated in the round of 16 at the Asian Football Confederation (AFC) Champions League in June, falling to Urawa Red Diamonds 4-2 on aggregate. The South Korean side had defeated the Japanese club 2-1 in the first leg on the road, and could afford to lose 1-0 at home and still reach the quarterfinals. But they played overly passive football, apparently trying to protect their 2-1 advantage, and ended up losing 3-0 before a disappointed home crowd.