SEOUL, Dec. 2 (Yonhap) -- Either on normal tours of duty or under a rotational scheme, American troops have comfortably adapted to their new lives in Korea thanks to seamless administrative, health, transportation, communications and cleaning services on the ground.

At the core of their adaptation is a little-known group of around 12,500 South Korean workers, many of whom are gripped by concerns that they could face unpaid leave or furloughs should defense cost-sharing talks between Seoul and Washington go awry.

The concerns have hardened into fears for Kim Hyun-woo, agitated by the passing thought that he could fail to bring home the bacon should he be furloughed by the U.S. Forces Korea (USFK), albeit temporarily. He used an alias due to the sensitivity of the issue.

"Though my wife works part time, I am the breadwinner, shouldering all costs related to food, mortgage repayments, education fees for my children and so on. You know what would happen to my family should I be forced to go on leave," Kim told Yonhap News Agency.

"I hope that my worries about the furlough will be cleared soon, but I also wish that South Korea and the U.S. can find a good compromise, not a hurried one that could end up damaging the interests of both sides," he added.

Kim is among the 8,700 Korean workers who receive more than 75 percent of their pay from Seoul's financial contributions that it has agreed to make under the Special Measures Agreement (SMA), its defense cost-sharing deal with Washington.

Seoul and Washington are set to resume their negotiations in Washington on Tuesday over how much Seoul should pay next year and beyond for the upkeep of the 28,500-strong USFK under the new cost-sharing arrangement.

It remains uncertain whether they could make headway in the upcoming talks, given that the U.S. has reportedly been demanding more than a fivefold increase from this year's payment by South Korea, which is about US$879 million. 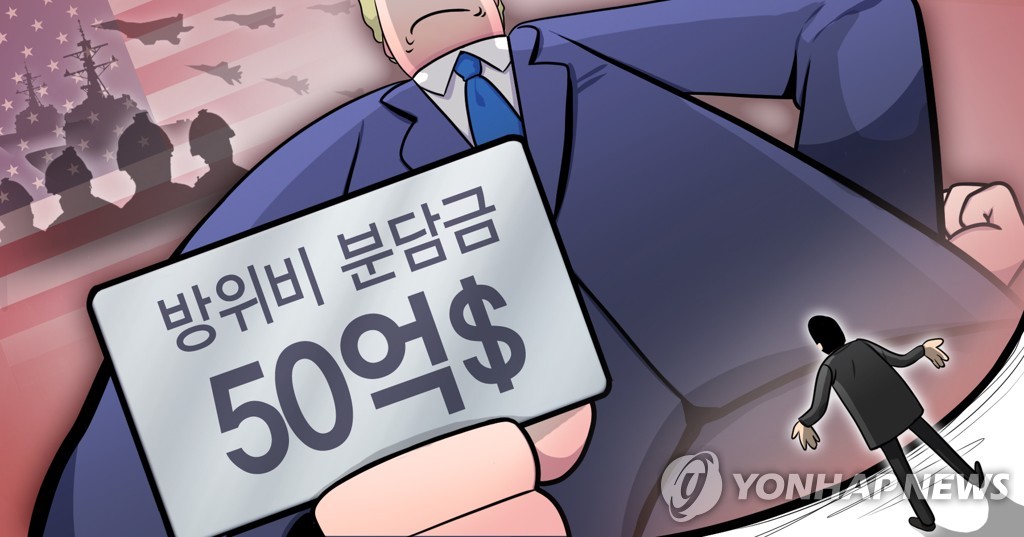 The U.S. demand seemed all but foreordained, given that U.S. President Donald Trump branded America's wealthy allies as "free riders" on the regional U.S. security network at the risk of creating an impression that he cares more about pecuniary aspects of the alliance than its strategic value.

The grueling tug of war between Seoul and Washington has put many Korean workers in the USFK on edge, with some concerned that tensions in the negotiations could undercut the alliance, a centerpiece of deterrence against North Korean aggression.

Their anxiety mounted further when the USFK headquarters sent to their Korean Employees Union in October a memo hinting at the possibility of a furlough for workers.

"This memo officially informs you of the potential to furlough appropriated fund KN (Korean national) employees for more than 30 days effective April 1, 2020," the memo reads.

In the memo, the USFK also delineated steps to be taken without a new SMA in place between the allies. Those steps include issuing proposed furlough notices to impacted employees by Jan. 31, 2020, issuing furlough decision notices to them by Feb. 28 and commencing furloughs of the employees on April 1.

The memo, however, pointed out that the Korean employees in the USFK "are a critical part of our team and contribute immeasurably to our readiness and ability to accomplish our very important mission" in supporting the defense of South Korea.

But such pep talks appear to have offered little solace to Korean workers facing the recurring threat of furloughs.

"This is an issue directly linked to our livelihoods. The feelings that we have now are not so much anxiety as fears," Son GO, the secretary-general of the Korean Employees Union, told Yonhap News over the phone.

"When we get together, we try not to talk about the negotiation issue to avoid further spreading the sense of anxiety and fears, though we have grown sort of inured to this or accustomed to putting up with it," he added.

To show their strong sense of responsibility, the Korean workers have expressed their intention to continue their work even if they are forced to go on an unpaid leave.

"We will carry out our duty for our country's security and for the alliance," Son said.

"We are the ones who know so well that if we don't work, this would cause great disruptions in USFK operations that could make it difficult for U.S. forces to normally carry out their missions at the expense of our national security and the alliance," he added.

Both South Korea and the U.S. have pledged to seek a "fair and equitable" cost-sharing deal, but they seem to remain poles apart over what that means.

A major bone of contention in the SMA negotiations is Washington's demand for the creation of a new article in the SMA that would reportedly expand the scope of its ally's burden-sharing to cover new costs related to allied exercises and the rotation of U.S. troops.

Seoul has dug in its heels, insisting its contributions to the USFK should proceed strictly within the SMA framework that calls for it to pay partial costs for South Korean employees in USFK installations, the construction of some military facilities and logistical support.

The U.S. has been playing hardball, particularly as Japan and its other allies have been carefully watching the SMA talks with South Korea ahead of their own burden-sharing negotiations with Washington.

Amid the U.S.' hard bargaining, some observers stressed that South Korea has already made sizable contributions to deepening the decades-old alliance through its deployment of troops to the Vietnam War during the Cold War and to America's war on terrorism in the 2000s.

Aside from its SMA payments, South Korea has also provided to the USFK indirect yet significant support, such as its provision of more than 3,000 Army soldiers as augmentation troops to the U.S. Army and exemptions or cuts in utility fees and costs for the U.S. military using ports, airports, roads and railways. 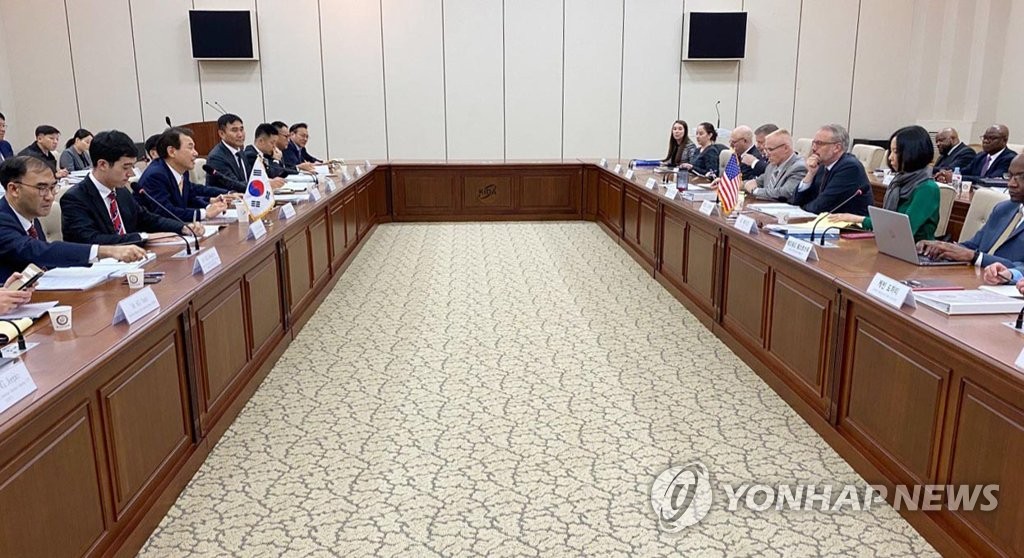