SEOUL, Dec. 2 (Yonhap) -- The reigning MVP in South Korean baseball will be chasing another major season-end trophy for his mantelpiece.

Doosan Bears' right-hander Josh Lindblom has been nominated for the Golden Glove in the pitcher category, the Korea Baseball Organization (KBO) announced Monday.

Lindblom, the 32-year-old American ace, captured the regular season MVP award in a landslide last week, becoming the fifth foreign player to take the top individual award in the KBO.

Lindblom led the league with 20 wins, 189 strikeouts and 194 2/3 innings pitched. He finished second in ERA with 2.50, just missing out on winning the pitching Triple Crown. He will go for his second straight Golden Glove. No foreign pitcher has won more than one Golden Glove, let alone two in a row.

Yang Hyeon-jong of the Kia Tigers, the ERA champion who finished third in MVP voting, is also up for the Golden Glove.

Voting by baseball writers, broadcasters and analysts will run from 10 a.m. Monday to 5 p.m. Friday, and the winners will be announced during the awards ceremony in Seoul at 5:15 p.m. next Monday. 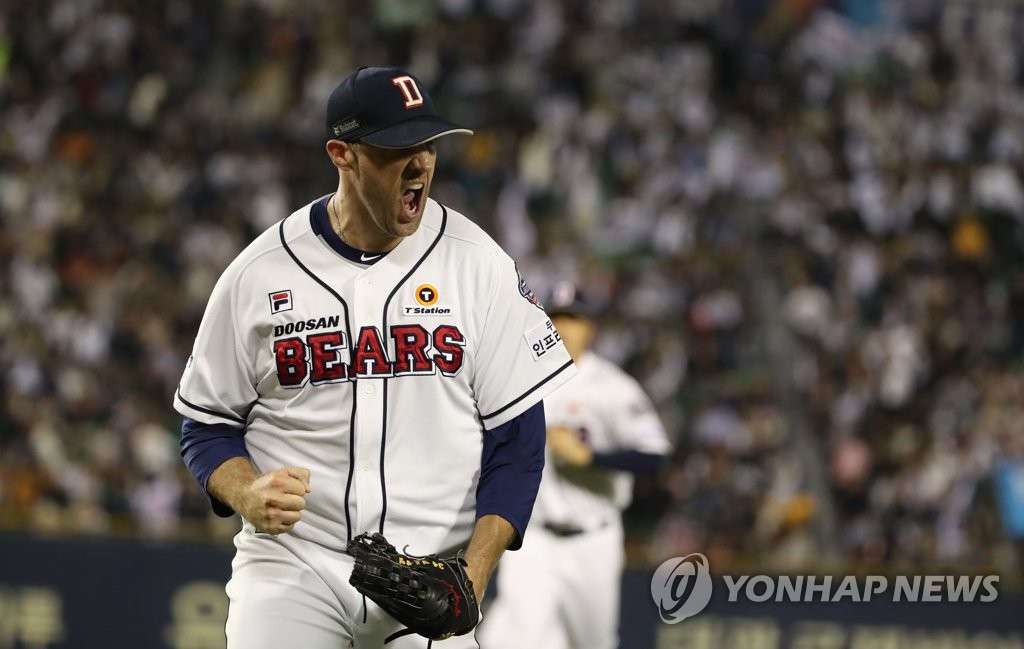 NC Dinos' catcher Yang Eui-ji, the MVP runner-up and the reigning batting champion, will chase his second straight Golden Glove and his fifth in the past six seasons.

At first base, Kiwoom Heroes' slugger Park Byung-ho, the regular season home run king, is poised to nab his fifth Golden Glove and his second straight.

The SK Wyverns have the most nominees with 13, while the KT Wiz are the only club with a candidate in every position.