SEOUL, Dec. 2 (Yonhap) -- Gaya was an ancient confederation that ruled the central-southern region of the Korean Peninsula for about 500 years through the sixth century. But its presence has been dim and often forgotten due to the more powerful Three Kingdoms that flourished on the peninsula in Gaya's last centuries.

The National Museum of Korea will launch a special exhibition on the little-known entity Tuesday for three months, with new outcomes of archeological research and investigations.

A total of 2,600 relics, including iron armor, earthen vessels, swords and gold crowns, are on display in the exhibit titled "Gaya Spirit-Iron and Tune," in cooperation with 30 local museums and the Tokyo National Museum. 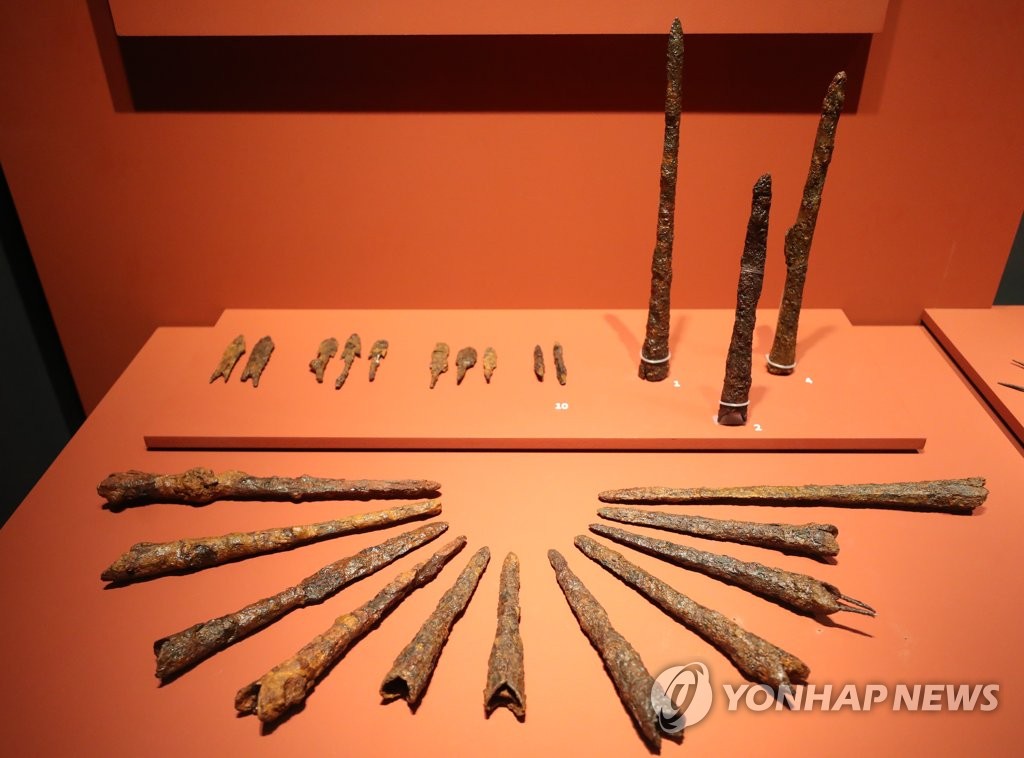 The National Museum said it is the second time it is holding an exhibition on Gaya, a confederation made up of 10 tribal states or more, depending on the century, following its previous event in 1991.

The 2019 exhibition is designed to shed a spotlight on coexistence, harmony and prosperity that Gaya exerted during its 500-year dominance by taking advantage of the power struggle by three kingdoms -- Goguryeo, Silla and Baekje.

"It has passed about 30 years, and we've achieved massive archaeological discoveries over the period," Bae Ki-dong, director general of the National Museum, said in a media briefing. "Based on these new achievements, the Gaya exhibition will help us get a glimpse of Gaya, which managed to exist for 500 years."

The exhibition showcases a various set of Gaya's stoneware and clay pottery that are seen in the vast region of the southern region of the peninsula, with some China-made relics. The artifacts of foreign origin, including a pair of Gaya-style earrings from Japan shows the international relations in which Gaya was involved at the time.

It also displays Gaya's well-constructed iron objects, such as armor and weapons, which are good examples of the entity's power to survive in the ancient period.

The Gaya exhibition is also part of the South Korean government's push for listing Gaya Tumuli on the UNESCO World Heritage Sites.

The Gaya Tumuli consists of seven clusters of tombs of kings and aristocrats of Gaya located in the southern reaches. The tombs display the architectural style of graves built in the fourth and fifth centuries, along with high-quality burial accessories and goods showing Gaya's network of trade and high-tech handcrafted manufacturing, according to the state-run Cultural Heritage Administration. 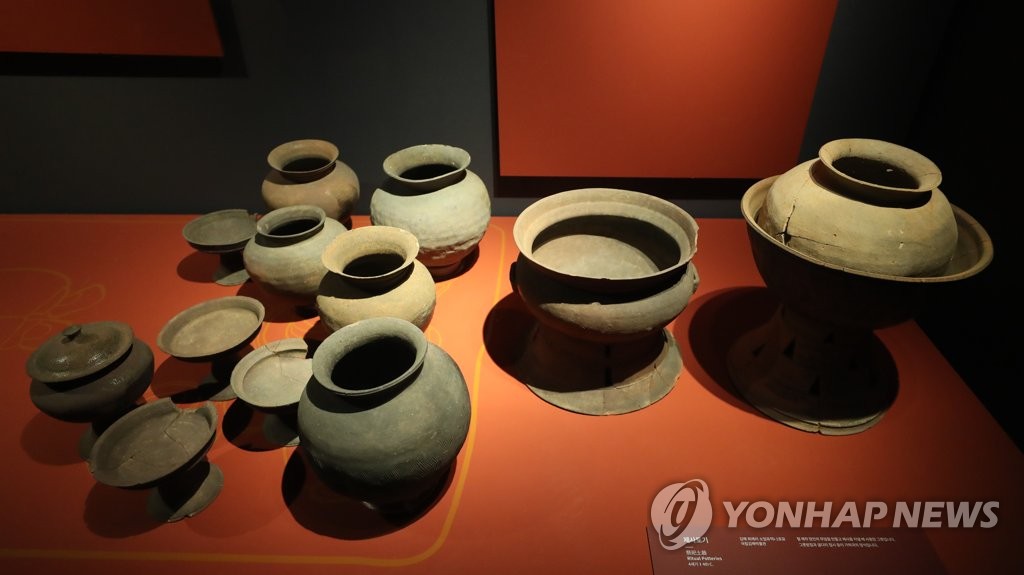