SEOUL, Dec. 2 (Yonhap) -- The National Assembly missed a legal deadline to handle the government's 2020 budget proposal on Monday amid intensified tensions sparked by the main opposition party's threat to use a filibuster.

Dec. 2 is the legal deadline for lawmakers to pass the government's record high 513.5 trillion-won (US$435 billion) budget plan.

But parliament sat out the Monday deadline, the fifth straight year it has missed the date, as the partisan standoff has shown no signs of easing over key contentious bills. 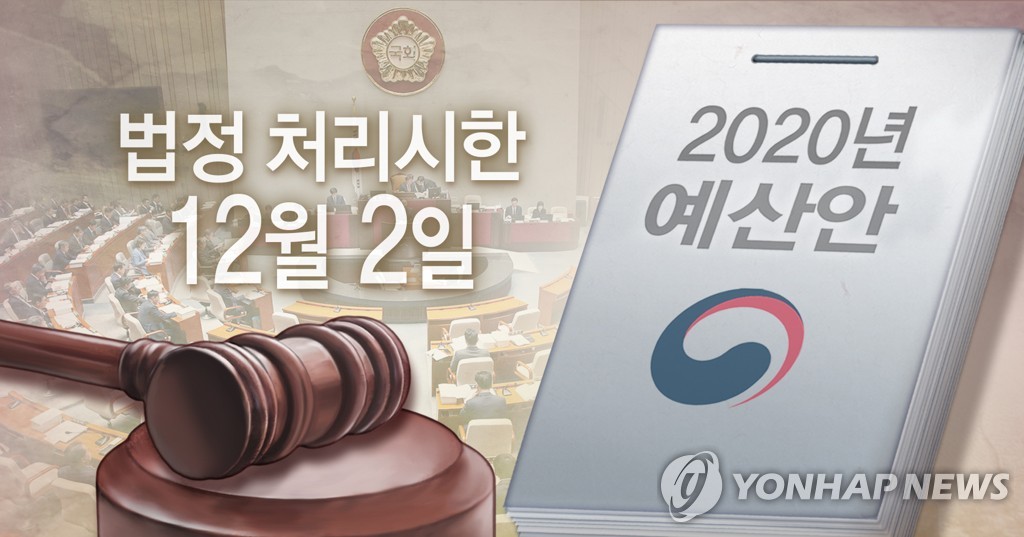