SEOUL, Dec. 2 (Yonhap) -- About 14 percent of women living in Seoul have suffered from digital sexual violence, including spycam filming, unsolicited intimate images and the distribution of videos of sexual acts, a survey showed Monday.

The Seoul metropolitan government and its affiliated Seoul Foundation of Women & Family unveiled their recent survey of 3,678 female citizens, coincidentally with the launch of a new public project to better protect women from technology-aided sexual crimes.

In the survey conducted from Nov. 15-27, 1,581 respondents, or 43 percent, said they experienced or witnessed digital sex crimes. Of them, 530 were direct victims, accounting for 14 percent of the respondents.

By type of crime, 48 percent of the victims said they received unwanted obscene materials and 38 percent cited requests of unsolicited sexual conversation. And 30 percent said they were encouraged to send intimate photos, while 26 percent were asked to show body parts. Filming of body parts and distribution of photos and videos of sexual acts were also cited by 20 percent and 17 percent of them, respectively.

Only 7.4 percent of those who suffered or witnessed digital sexual crimes reported the cases to police.

Of the 530 direct victims, 66.6 percent said they did not take any actions. They cited uncertainty of punishment of perpetrators (43 percent), cumbersome procedures involved (37 percent), no knowledge of possible actions (35 percent) and fear that the case may be known to others (31 percent).

They will run a platform to support victims, including counseling, legal assistance and psychotherapy. A training program involving 40 lecturers will be run for elementary and middle school students. The city also started a public awareness campaign, named IDOO, featuring popular actress Kim Hye-yoon.

"We will push the project with a strong sense of duty so that we can provide those suffering from digital sexual crimes with faith, courage and the feeling that we are always with them," Seoul Mayor Park Won-soon said. 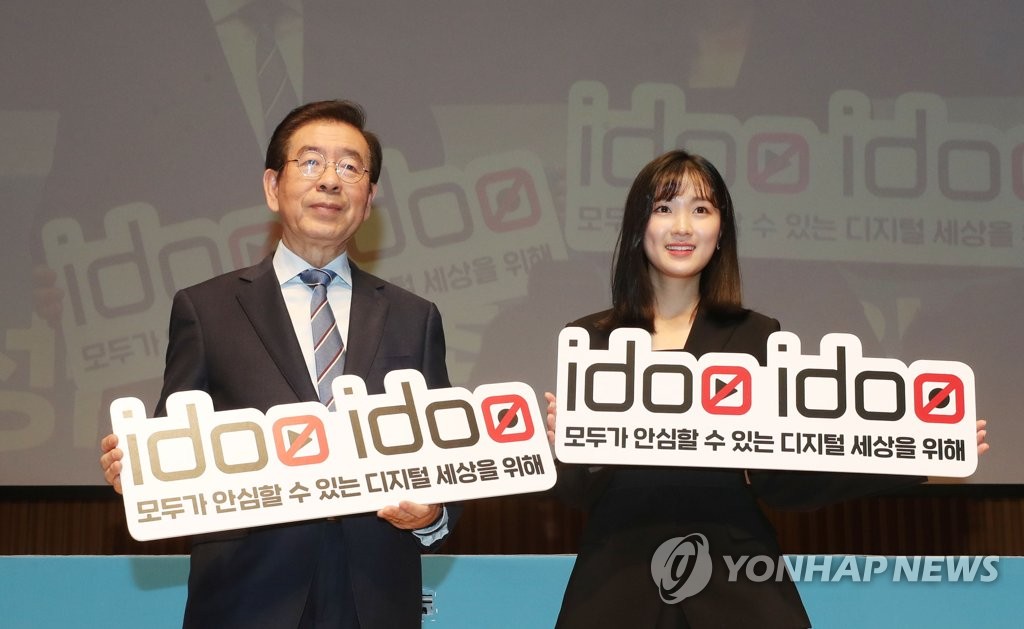 14 pct of women in Seoul suffer from digital sexual violence

14 pct of women in Seoul suffer from digital sexual violence