SEOUL, Dec. 2 (Yonhap) -- Snow will fall in some parts of South Korea, including Seoul, on Tuesday, the state weather agency forecast.

The capital will see snowfall from around 9 a.m. to noon, while rain or snow will come in southern parts of Gyeonggi Province and South and North Chungcheong Provinces into the afternoon, and in mountainous areas of South and North Jeolla Provinces and Jeju Province in the morning, the Korea Meteorological Administration (KMA) said.

Small amounts of rain or snow will fall in the southern parts of Gangwon Province and northern inland areas of North Gyeongsang Province from the afternoon until the evening, the agency forecast.

The lowest temperatures in the morning will range from minus 9 C to 4 C across the country and the day's highest will be from 4 C to 10 C, slightly lower than average, it said. 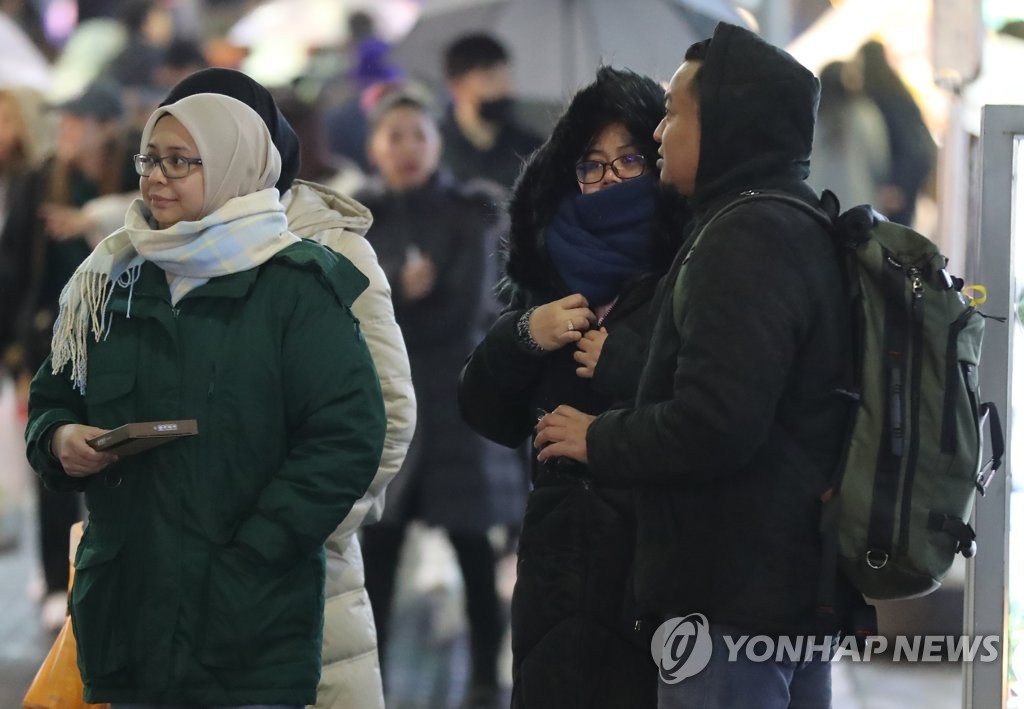 Snow forecast for parts of S. Korea on Tuesday

Snow forecast for parts of S. Korea on Tuesday