WASHINGTON, Dec. 2 (Yonhap) -- The top U.S. diplomat for East Asia said Monday that he sees opportunities for further cooperation with South Korea and Japan as the two countries' capabilities have grown "exponentially" in recent decades.

The comment by David Stilwell, U.S. assistant secretary of state for East Asian and Pacific affairs, comes as Seoul and Washington have been negotiating the terms of a new deal on sharing the costs for the stationing of 28,500 American troops in South Korea. 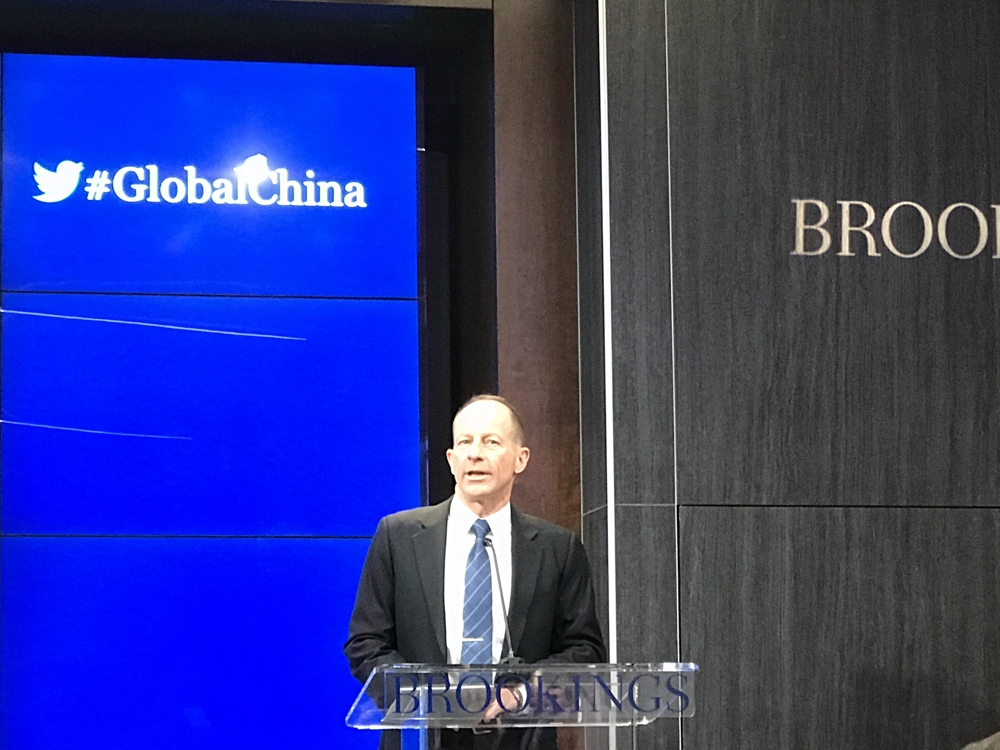 The fourth round of negotiations is slated to take place in Washington on Tuesday and Wednesday amid reports that the Trump administration has demanded a fivefold increase in Seoul's contribution to nearly US$5 billion next year.

At an event at the Brookings Institution think tank, Stilwell said U.S. allies have no reason to doubt Washington's commitment to them.

"I don't want to say 'complacent' or 'taking for granted,' but I've got two tours in Korea, two tours in Japan, six total years," Stilwell said, referring to his past service in the Air Force.

"I've seen all of them, both, step up to the challenge since my first tour there in 1980, and their capabilities grow exponentially," he continued. "I see opportunities for further cooperation and the ability to use their capabilities as well as ours in a cooperative way."

Trump's "insistence," Stilwell said, is that "as the security background changes and as our partners have become wealthier and more capable of taking care of their own security, as well as our shared security interests, that they take care of that, that they invest in that as a show of alignment, as a show of support and demonstration of our concerns about the changes that are taking place in the region."

The issue of burden-sharing has emerged as a key challenge facing the South Korea-U.S. alliance in the face of a nuclear-armed North Korea and China's growing military assertiveness.

Recent months saw Washington publicly heaping pressure on Seoul to revoke its decision to end a military intelligence-sharing agreement with Tokyo, which the U.S. has viewed as a platform for trilateral cooperation against the regional security threats.

Last month, South Korea said it will "conditionally" suspend the termination of the General Security of Military Information Agreement pending talks with Japan on their trade dispute, which sprang from a separate row over wartime history.

"We're watching the bow rise, to use a naval term," Stilwell said. "Both sides see the importance of getting their relationship squared away, which I'm happy about and continue to encourage."

But Stilwell drew a line under any suggestion that the U.S. should act as a mediator between its two Asian allies.

"We are active not in resolving this issue, but in encouraging both sides to acknowledge the importance of maintaining a strong security face toward Pyongyang," he said. "They're sovereign nations, and I'm in no mood or capability or in no mind to somehow dictate terms, but to reason with both sides to help them understand our interest in this situation, and we'll continue to do that as we go on."