SEOUL, Dec. 3 (Yonhap) -- North Korean leader Kim Jong-un celebrated the completion of a newly-built urban township near the birthplace of his late father, state media reported Tuesday, in a visit that could suggest a major policy announcement is forthcoming.

Kim attended a ribbon-cutting ceremony of the Township of Samjiyon County on Monday, the official Korean Central News Agency (KCNA) reported. KCNA photos showed Kim and top aides cutting a red ribbon to open the "the ideal town for the people" near the birthplace of his father and late leader Kim Jong-il.

The construction has been one of Kim's pet projects.

Still, the trip to the county at the foot of Mount Paekdu, considered the sacred highest peak on the Korean Peninsula, could suggest he may soon make a major policy announcement as he has visited there ahead of big political or diplomatic decisions in the past.

This week's visit came as Pyongyang has demanded Washington come up with an acceptable proposal in their denuclearization negotiations before the end of this year, a deadline that the leader imposed in April. Kim said that he could take a "new way" if Washington fails to do so.

Nuclear talks have been stalled since the breakdown of the summit between Kim and U.S. President Donald Trump in February as they remained far apart over how to match Pyongyang's denuclearization steps with Washington's sanctions relief and other concessions.

The two sides held working-level talks in October but failed to narrow differences. 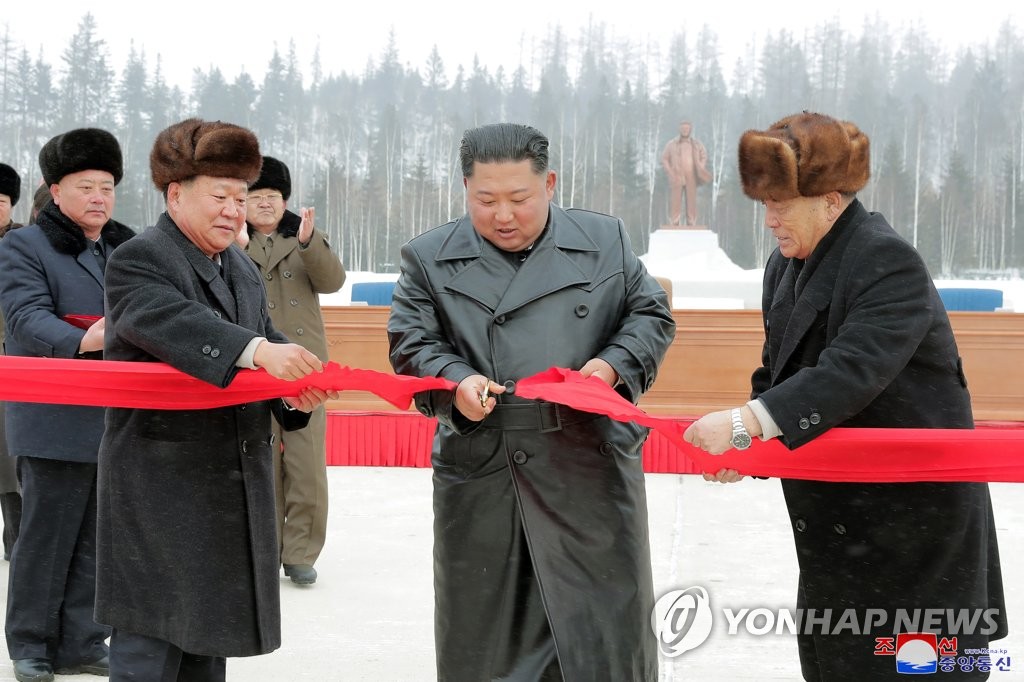 Kim's trip to the area comes after he rode a white horse up Mount Paekdu in October, slamming U.S. sanctions and calling for greater "self-reliance" efforts to frustrate them.

"Having witnessed the great moments of his thinking atop Mt Paektu, all the officials accompanying him were convinced with overflowing emotion and joy that there will be a great operation to strike the world with wonder again and make a step forward in the Korean revolution," KCNA said, reporting his October trip to the mountain.

Previous visits by Kim to the county preceded major announcements or decisions.

He visited the area in December 2017 before the inter-Korean reconciliatory mood began in early 2018. He also visited there in November 2014, just before the end of the three-year mourning period for his late father, as well as in February 2013 before the execution of his once-powerful uncle Jang Song-thaek.

Last year, Kim visited Samjiyon County in July, a month after he held his first summit with Trump in Singapore and went there again in August before his summit with South Korean President Moon Jae-in.

High-ranking officials were present at this week's ceremony, including Choe Ryong-hae, the North's No. 2 leader, Pak Pong-ju, vice-chairman of the State Affairs Commission, and Premier Kim Jae ryong. In a speech, Choe called for stepped-up efforts to turn the birthplace of Kim Jong-il into "the people's paradise best in the world," KCNA said.

North Korea has pushed to complete the development of Samjiyon County by 2020, the 75th anniversary of the ruling party's establishment. Pyongyang has urged stepped-up efforts to turn the area into the "wealthiest" region in the country, calling it a fight against hostile forces bent on sanctions. 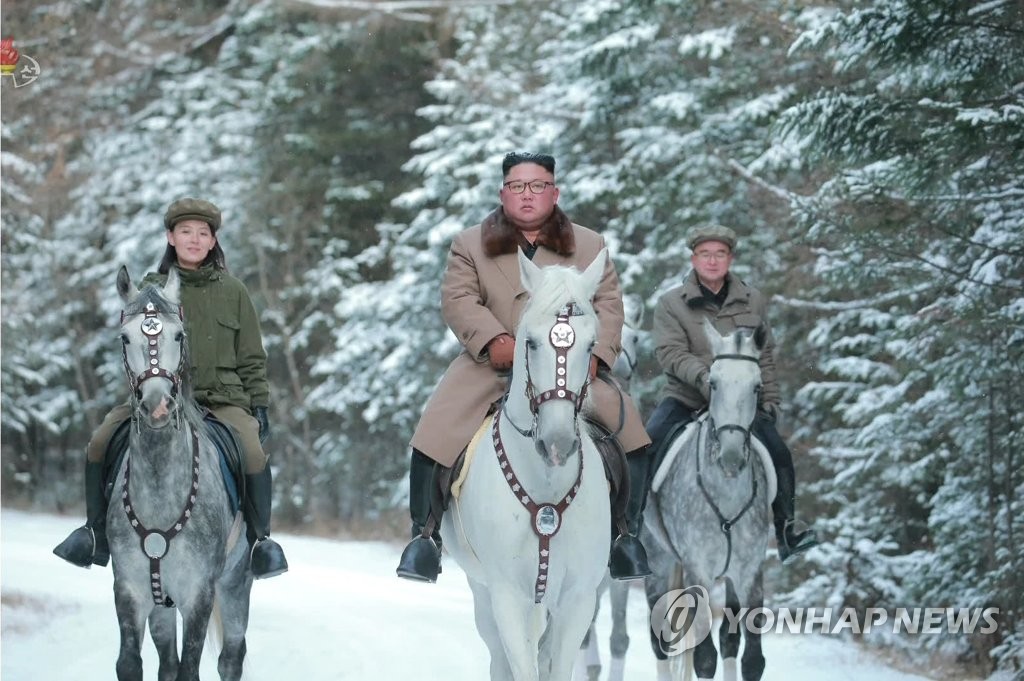